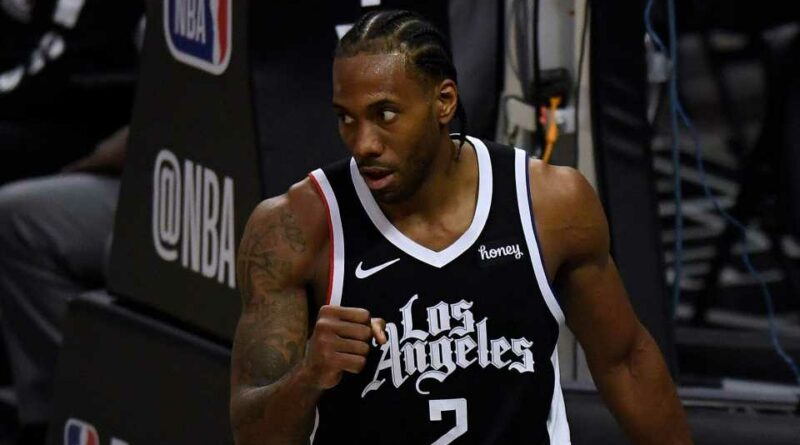 The Clippers will be without Kawhi Leonard in Game 5 against the Jazz.

ESPN’s Brian Windhorst reports that Leonard, who suffered a knee injury in Game 4 vs. Utah, will be out of action in the series’ pivotal Game 5.

And beyond that, his status is uncertain.

Leonard’s injury appeared to happen in the fourth quarter while driving to the hoop. He came up grimacing with a slight limp after the play below and exited the game shortly thereafter.

This is an obvious blow to Los Angeles, as Leonard is its top player. So far this postseason, he has averaged a team-high 30.4 points, 7.7 rebounds, 4.4 assists and 2.1 steals per game while playing his usual brand of stellar defense for the Clippers.

Without Leonard, the Clippers will have to rely more heavily on Paul George to carry their team against a talented, tough Jazz squad. George has averaged 24.9 points, 8.6 rebounds and 5.2 assists per game this postseason, and he is capable of starring on offense.

However, without Leonard this season, George has averaged 26.7 points, 7.5 rebounds and 4.9 assists in 11 games. Those scoring numbers were improvements on his regular-season numbers (23.3 ppg, 6.6 rpg, 5.2 apg), but are they significant enough to carry the Clippers past the Jazz? That will be the question.

George will need someone to step up alongside him for Los Angeles to compete with Utah. Whether it’s Marcus Morris, Reggie Jackson, Nic Batum or someone else, Tyronn Lue and Los Angeles will need to find the right combination to provide a scoring punch alongside George.

Either way, Leonard’s status will bear watching, but it sounds like the Clippers could be without him for a while.

And that could spell trouble for their title chances.