Kemba Walker made his return to Charlotte on Thursday as the Celtics faced the Hornets at Spectrum Center.

The three-time NBA All-Star, who played his first eight seasons with the Hornets before joining Boston last July in a sign-and-trade, received a standing ovation from the crowd.

The Hornets also played a tribute video ahead of the game.

Charlotte’s all-time leading scorer was emotional as he watched the video in the arena.

A few hours before Thursday’s game, ESPN’s Tim Bontemps asked Walker about the kind of reception he expected to receive from the Charlotte crowd.

Q&A: Breaking down the NBA 2K players tournament with analysis from expert ‘Ronnie2K’ 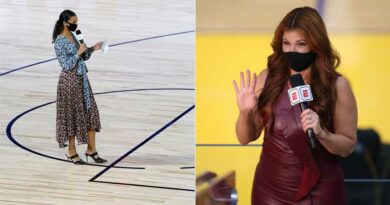