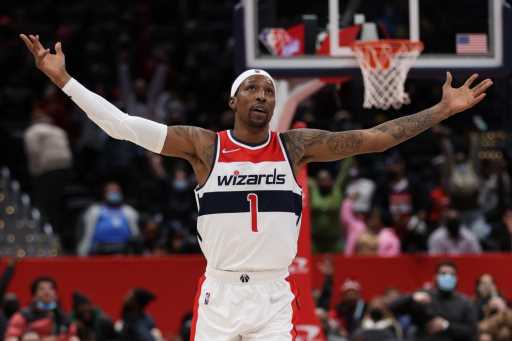 The deal includes a player option for the second year, sources said.

Caldwell-Pope had one year remaining on his current contract worth $14 million.

The extension could carry Caldwell-Pope through the 2024-25 season in Denver.

The Nuggets traded for Caldwell-Pope, 29, two weeks ago, sending starters Monte Morris and Will Barton to Washington in exchange for the two-way shooting guard and reserve guard Ish Smith.

The Post reported at the time of the trade that there was interest in reaching an extension with Caldwell-Pope given that they viewed him as a key defensive piece to bolster the roster.

The Nuggets had interest in acquiring Caldwell-Pope dating back, at least, to this year’s trade deadline.

Earlier this week, Caldwell-Pope said he was surprised that the trade happened but admitted he was thrilled he landed with a contender.

“I’m excited just to be able to compete again and compete for a championship,” he said.

Kevin Love on ‘The Last Dance’: Toughest part of job remains ‘off the court’ scrutiny