Much like many hoopers his generation Kevin Durant grew up watching Allen Iverson play for the Philadelphia 76ers.

On Wednesday night Durant scored 21 points in Brooklyn’s win over Boston and in doing so Durant passed Iverson for 25th on the NBA’s all-time scoring list.

Durant overtook Iverson with his first bucket of the game.

“I mean, it means the world. I dedicated my life to this game at an early age … so I watched all these guys that I’m like passing up,” Durant said post-game. “So Iverson, he was the pantheon for me. One of those guys that I emulated every time I went outside and played with my friends. It’s all surreal. I pictured I would be in the league, and had an idea … but to do it is pretty special.”

Durant, who grew up in the DC area, also reflected on how he used to watch Iverson playing for Georgetown.

“I really became a huge Iverson fan, obviously, just like everybody else his rookie year. But seeing him at Georgetown and playing for coach [John] Thompson and that whole culture that they built there, he was a huge part of that,” Durant said.

“But once he came to the league, he had players … I was a center, power forward on my young team, and we all were long crossing and double crossing. He influenced a lot of people. So to pass him on the list and to be up there with some of the greats on that list is incredible. I’ve just got to keep going.”

Durant could have – and should have – been higher on the scoring list had an Achilles injury not sidelined him for the entire 2019-20 NBA season.

Assuming he remains healthy, Durant has the potential to rise up many spots during this season. Durant is currently averaging 28.1 points per game this season, and if he continues at that average for 2021-22, he could potentially reach, and surpass, Kevin Garnett in the 18th spot on the list.

The views on this page do not necessarily represent the views of the NBA or its clubs.

Toronto Raptors guard Kyle Lowry gets injections for ailing back 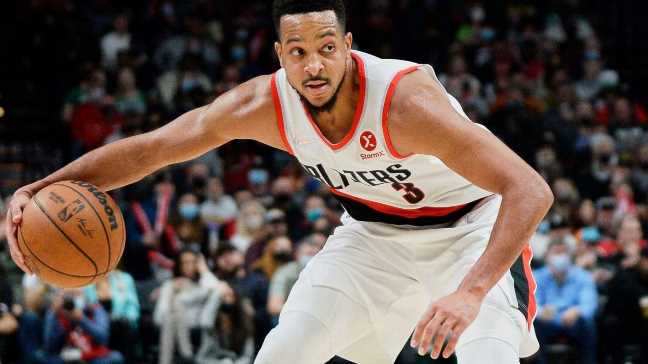