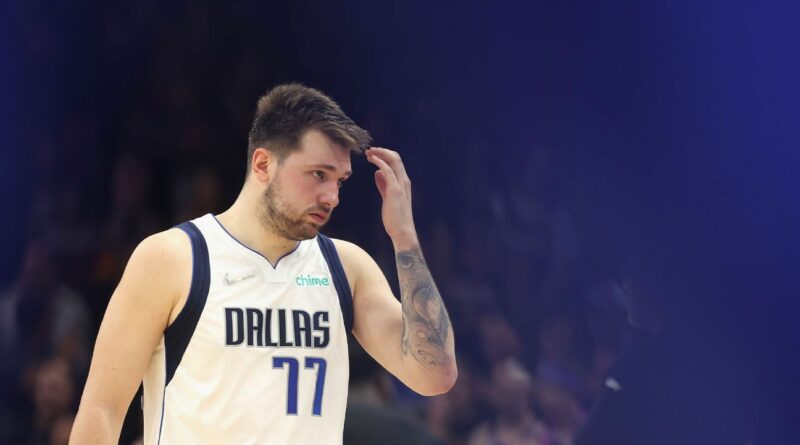 PHOENIX — One of the most anticipated matchups of the NBA postseason’s second round, pitting Defensive Player of the Year runner-up Mikal Bridges against perennial MVP candidate Luka Doncic, was a mismatch in the Dallas Mavericks’ favor in Monday’s Game 1. But it didn’t matter.

Doncic scorched the top-seeded Phoenix Suns for 45 points, 12 rebounds and 8 assists in the series opener, as the Mavs fell behind in the Western Conference semifinals with a 121-114 loss at Footprint Center.

The Suns rarely sent an extra defender at Doncic to try to force the ball out of his hands. He did plenty of damage — making 15-of-30 shots from the floor, including eight layups and two dunks — but Phoenix prevented the Mavs’ other playmakers from getting into a rhythm. The rest of the Mavs’ starters combined for only 39 points, the second time in Doncic’s 17 career playoff games that he scored more points than the other four players in Dallas’ starting lineup.

“He got whatever he wanted, when you look at the shots in the paint, behind the arc, midrange and then also I thought he got his teammates some great looks that we normally had made,” Dallas coach Jason Kidd said. “I thought he played great. … We’ve just got to get someone to join the party.”

Mavs guard Jalen Brunson, the breakout star in the first-round series win over the Utah Jazz, had an off night with 16 points on 6-of-16 shooting. Sixth man Spencer Dinwiddie, the other player Dallas relies on as an offensive creator, was held to 8 points on 3-of-8 shooting.

“Anytime a guy has 45, you look at that number and you don’t like it, but I look at their assist numbers,” Suns coach Monty Williams said. “They only had 16. So, [Maxi] Kleber hit some 3s, but for the most part, nobody else got going the way that they’re capable of.”

The Suns were content to defend Doncic straight up, usually play drop coverage in the pick-and-roll when lob threat Dwight Powell was on the floor and switching screens set by Kleber, who was the Mavs’ second-leading scorer with 19 points on 6-of-9 shooting. According to ESPN Stats & Information, Doncic had 14 points on 4-of-6 shooting with Bridges as the primary defender.

All 30 field goal attempts by Doncic, who was 4-of-11 from 3-point range, were off the dribble.

“We’ve just got to attack more paint,” said Doncic, whose career postseason scoring average of 33.4 points matches Michael Jordan for the highest in NBA history. “I settled for a little too much stepbacks for me. Attacking the paint is our lethal weapon. When we do that, we can score easily, especially with 5-out and they’ve got a big rotating. We’ve got to attack more paint.”

Doncic, however, was much more concerned with Dallas’ defensive performance, especially in the first half. The Suns shot 63.6% from the floor and 50% from 3-point range while building a 13-point halftime lead.

Phoenix attacked Doncic defensively early and often. According to ESPN Stats & Information tracking, the Suns scored 24 points on 10-of-18 shooting when Doncic was the primary defender.

“I think our defense lost us the game today,” Doncic said. “Our start on the defensive end was terrible, and we’ve got to change that. I know we can play way better defense.” 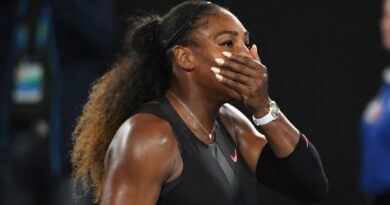 ‘The most competitive guy I ever coached against’: Jerry Sloan, as remembered by fellow greats