The Golden State Warriors’ rivalry may be over with the Cleveland Cavaliers, but Klay Thompson hasn’t forgotten about it.

With the Warriors preparing to face the Cavaliers on Wednesday night for the first time since the two teams met in the 2018 NBA Finals (7 p.m. ET — Watch on FuboTV with the NBA League Pass extension), Thompson reminisced about the two teams’ past four NBA Finals matchups — and also about all of the pettiness that was involved between both sides over the past several years, as Anthony Slater of The Athletic writes in a recent article.

There were also the petty moments, the viral social media jabs, a rivalry scripted perfectly for the modern age – Draymond’s first parade interview, LeBron’s post-title shirt, Draymond’s parade shirt response and much more, highlighted of course by that 2016 Halloween party in Cleveland that included tombstone cookies referencing the imagined deaths of Curry and Thompson.
“Oh, yeah. Ha!” Klay said. “That was funny. Look how that turned out. Psssh. Bums. That was crazy. I forgot about that. Well, look at what pettiness gets you. Gets you 1-8 in the Finals. Idiots.”

That 1-8 record that Thompson is referring to is the Cavaliers’ record during their last two Finals matchups versus the Warriors. Klay makes sure to reference this because it came directly after the Cavs’ biggest jab aimed at the Warriors — that infamous Halloween that followed Golden State’s 3-1 series collapse in the 2016 Finals.

About 4.5 months later, LeBron James hosted a Halloween party in Cleveland. The dessert table included two cookies in the shape of tombstones — one read “Stephen Curry 2015-2016,” and the other “Klay Thompson 2015-2016.”

The cookies didn’t stop there. The Cavaliers also had a decoration that said “3-1 lead,” referencing Golden State’s blown lead in the 2016 Finals.

While Wednesday night’s matchup between the Warriors and Cavaliers won’t have the same zest as it has in the last several years — LeBron James is gone and Draymond Green has been ruled out for the game — we’ll always have the memories.

The memories of the great players, the battles and most importantly, the pettiness. 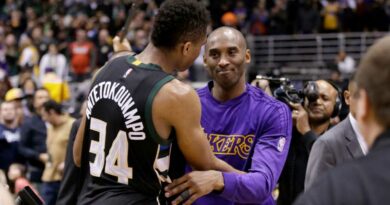