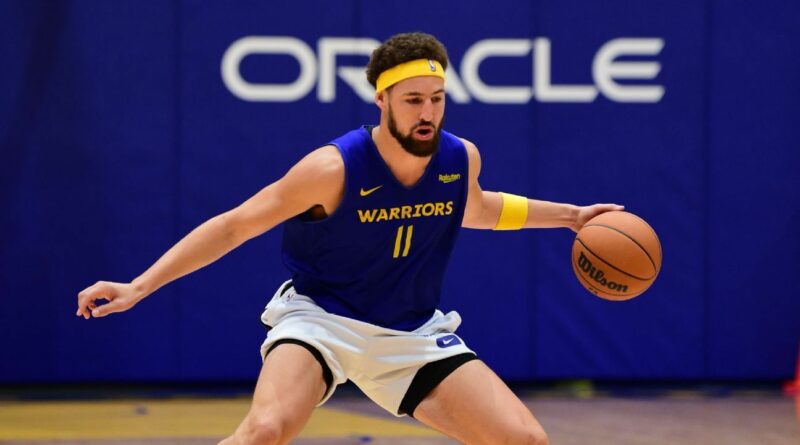 NEW YORK — Golden State Warriors swingman Klay Thompson has been cleared for full contact as he continues his rehab from a torn Achilles suffered in 2020.

Thompson, who stayed behind on the Warriors’ four-game East Coast swing with several members of the Warriors’ support staff, has started doing some 5-on-5 work as part of his recovery.

“He played 5-on-5 [Monday] and then I think he’s going to play 5-on-5 [Wednesday],” Warriors coach Steve Kerr said after Tuesday’s 117-99 win over the Brooklyn Nets. “James [Wiseman] did not play. He hasn’t been cleared yet for 5-on-5, but Klay did, and I got good reports and he’s got to keep going. A two-year absence requires a lot of work. Not just a rehab, but the endurance, the strength, so it’s great that he’s playing 5-on-5 but it doesn’t mean he’s going to be ready to step on an NBA floor next week or something, but he’s progressing really well.”

The internal hope from inside the Warriors organization has always been that Thompson would return at some point around Christmas, and now that appears to be getting closer to reality as Thompson ramps up the rehab process.

“It’s huge,” Warriors forward Draymond Green said of Thompson’s pending return. “From a mental standpoint alone, just huge. So I think it also helps with the way other teams view you as well. So we’re looking forward to getting him back. We know what he brings to the table. We’re not expecting him to be Klay Thompson of 2018 right away, but he’s worked his ass off. He’s worked his ass off for this moment, and I’m looking forward to getting him back out there.”

Thompson, who tore an ACL during Game 6 of the 2019 NBA Finals, and an Achilles in November 2020, has been working out consistently inside the Warriors’ practice facility in recent months while giving teammates and coaches a lift with his presence. Green said the group is “waiting with open arms when he decides to come back.”

“I don’t know much about the details,” Warriors guard Stephen Curry said, noting that he hadn’t spoken to Thompson since the start of the road trip. “I’ve seen him obviously working out, and he looks good. I knew there was a reason he stayed back, to make the most of his rehab process, so I’m glad to hear he’s continuing to make strides.”

Aside from the good news on the floor for the 12-2 Warriors, Kerr also said that second-year center James Wiseman is getting closer to a return as well. Wiseman, 20, suffered a meniscus tear in his right knee last April and hasn’t been cleared for contact yet. Kerr is optimistic that he will be soon.

“I hope so,” Kerr said. “The injury that he suffered, everything is clear — there’s no structural issues or anything. It’s an injury that requires a lot of give and take and daily maintenance and kind of checking in on how he’s doing. You remember last year, Jaren Jackson had the same injury. It’s a long process, but he’s doing really well, his attitude is great and we obviously can’t wait until he’s back and able to play. We just got to be patient.” 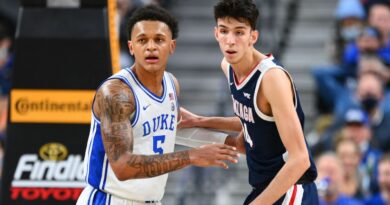