Home » NBA » Kobe and Gianna Bryant tragedy: How Lakers and NBA have struggled to cope with losing an icon 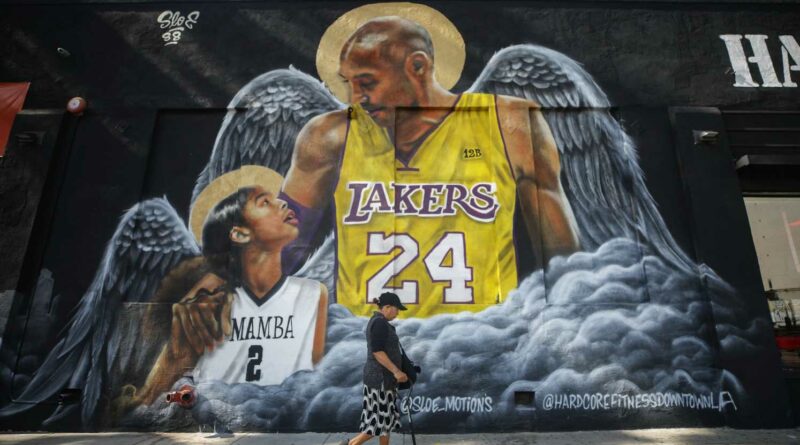 Gary Vitti, the Los Angeles Lakers’ former longtime head athletic trainer, often heard helicopters and airplanes fly over his home in Manhattan Beach, Calif. because of its proximity to the city’s airports. He never thought much about it.

And now? Different story. When Vitti has heard a helicopter or plane fly over his house every day for the past year, it reminds him of something that still pains him. On Jan. 26, 2020, former Lakers star Kobe Bryant, his daughter Gianna and seven others died in a helicopter crash.

“It’s in my face all the time. I can’t seem to shake it,” Vitti told USA TODAY Sports. “What are you going to do — move? You’re not going to move. So there’s a little zing that I get a reminder with every day.”

Those in the Lakers organization and in the NBA community have felt those zings every day since Kobe and Gianna Bryant’s life ended abruptly.

Only four years removed from a storied 20-year career with the Lakers, Bryant had cemented a Hall-of-Fame worthy resume by winning five NBA championships, climbing to fourth-place on the league’s all-time scoring list and inspiring the current generation of players. But after winning an Oscar for a short film ("Dear Basketball"), starting a story-telling company (Granity) and overseeing a sports training facility (Mamba Sports Academy), Bryant still had more ambitions for his second act. Part of that second act entailed coaching 13-year-old Gianna, who shared her father’s ambitions to excel on the hardwood.

Just as those with the Lakers and in the NBA saw Bryant becoming increasingly at peace with his post-retirement life, Bryant’s former teammates and opponents have struggled with remaining at peace with the tragedy.

“This just doesn’t happen to Kobe. Kobe can figure anything out,” former Lakers forward Metta Sandiford-Artest told USA TODAY Sports. “It’s still really, really hard for me to believe at times. I really feel like one day he’s going to pop up.”

Those in the NBA and the Lakers have struggled accepting that day won’t ever come.

“I try not to put myself back in that headspace,” Lakers forward LeBron James said. “It was just too dark not only for myself, but for our organization and everyone that is involved in it.”

Therefore, the Lakers have no plans for any tributes surrounding the anniversary of Kobe’s passing out of respect for the Bryant family and those in the organization.

Lakers coach Frank Vogel plans to give his players the day off before departing from Cleveland to Philadelphia on Tuesday afternoon for Wednesday’s game against the Sixers. Though Vogel will make himself, the coaching staff and the training staff available for players wanting to work out or receive treatment, Vogel said he will allow his players to “manage that day however they see fit.”

“It’s not really a day of remembrance,” Vogel said. “This is more of a somber tone type of day.”

KOBE BRYANT REMEMBERED: A year after the deadly helicopter crash

Following Kobe and Gianna Bryant’s passing, the Lakers allowed fans to leave memorabilia and write messages outside of the team’s practice facility in El Segundo. Staples Center permitted fans to do the same thing at L.A. Live across the street. Since the coronavirus pandemic hit last March, the Lakers have only permitted players, coaches and staff members into both their practice facility and the gated parking lot. The L.A. County government forbids mass gatherings in outdoor spaces.

“As Los Angeles County is currently under a stay at home order, there are no plans to commemorate the anniversary of Kobe and Gianna’s passing onsite,” Staples Center spokesperson Cara Vanderhook told USA TODAY Sports.

Will the Lakers do anything to commemorate that tragedy for Wednesday’s game near Bryant’s hometown in Philadelphia? After all, the Lakers have honored Bryant with various tributes following his passing.

They have concluded huddles by yelling out “1, 2, 3, Mamba,” a nod to Bryant’s self-given nickname. In five playoff games last season, the Lakers wore “Black Mamba” City Edition jerseys that Bryant once collaborated with Nike on the design. And they won an NBA championship for the first time in 10 years partly because of Bryant’s inspiration.

“It was more so, ‘Let’s do it for him,’” Lakers forward Anthony Davis said. “That’s what we ended up doing all of last year. Even when we play now, there’s still in the back of our minds that we’re playing for Kobe, his family and to help the city of LA. It brought a ton of joy to our city when we won because that entire year, it was heavy hearts about the tragedy.”

Those heavy hearts formed when the Lakers were traveling. The night beforehand, James had eclipsed Bryant for third place on the NBA’s all-time scoring list — in Philadelphia no less. On the team plane, the Lakers received word about Bryant’s tragedy. So Lakers coach Frank Vogel alerted coaches and players about the news.

“I just remember him tapping me on my shoulder and it kind of startled me,” Lakers assistant coach Phil Handy told USA TODAY Sports. “As soon as I woke up, he had this look on his face and said, ‘Coach, I got some bad news. I just found out that Kobe and Gianna were in a fatal helicopter accident and they passed away.’ I’m just getting chills thinking about it now. But it was an unreal moment, man. I remember I instantly broke out in tears. It was a shock to me.”

So was it to others.

Handy said Brooklyn Nets guard Kyrie Irving repeatedly contacted him presumably for confirmation on if the news was accurate. But Handy had no way to answer the phone on the team plane. On the ground, other NBA players and coaches texted and called each other furiously after initially feeling skeptical about the news. After an acquaintance texted Sandiford-Artest about the news, he called Clippers forward Lou Williams and former NBA forward Kevin Garnett, and received confirmation from both.

“It was too much. I was just at home sobbing,” Sandiford-Artest recalled. “That was it, man. There was nothing else to do.”

The Lakers and Clippers both agreed to postpone their game that was scheduled for two days later. Eventually, though, they had to put their best foot forward.

The Lakers already remained motivated toward winning an NBA title before this tragedy. But they dedicated the season to Bryant and shed a light on his No. 8 and No. 24 retired jerseys at Staples Center. James tried to galvanize a wounded organization and fanbase by both addressing the crowd at the Lakers’ next game and with his performances afterwards.

“As the leader of the ball club, it was my job and my responsibility to take it all on and represent our team with the most strength that I could,” James said. “I wanted to let everyone to know inside this organization that I was okay with doing that.”

The Lakers and the NBA community sought closure both during All-Star weekend in Chicago (Feb. 14-16) and during the Bryant’s memorial at Staples Center (Feb. 25). That did not erase the pain, though.

Sandiford-Artest teared up when Vanessa Bryant spoke at the memorial and has posted various tributes on his Instagram account. The Lakers fought back both smiles and tears after winning the NBA title in October. And Vitti has lost his composure during a recent FaceTime session with Vanessa and her 17-year-old daughter, Natalia, both to catch up and give medical advice on her recently sprained finger. 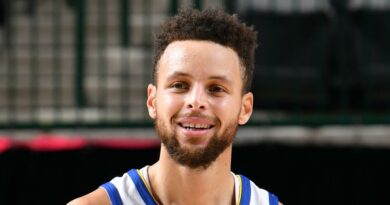