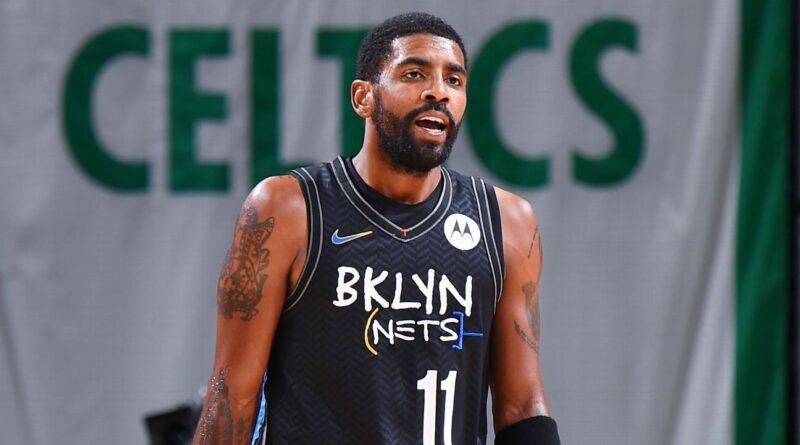 NEW YORK — Kyrie Irving will lose nearly $900,000 as the result of a violation of the NBA’s health and safety protocols, the league announced Friday morning.

The NBA has fined Irving $50,000 for violating the coronavirus safety protocols, following an investigation into videos of the Brooklyn Nets guard at a family birthday party that began circulating on social media earlier this week.

The All-Star will also forfeit his salary for the two games he missed during his five-day quarantine, which ends Saturday. According to ESPN’s Bobby Marks, Irving will lose $816,898.

If he continues to test negative for COVID-19, Irving is expected to play Saturday against the Orlando Magic, sources told ESPN’s Adrian Wojnarowski. On Thursday, Nets general manager Sean Marks said Irving had been tested daily for COVID-19 while he was away from the team.

The videos showed a smiling Irving, maskless, dancing and standing next to his sister, Asia, while she blew out candles. The NBA’s health and safety protocols prohibit players from going to bars, clubs, lounges and gatherings of 15 or more people.

According to the league protocols, players who fail to comply with these rules are subject to warnings, fines or suspensions. Players who repeatedly break the rules could be subject to more severe discipline.

As a member of the Houston Rockets earlier this season, Irving’s new teammate James Harden was fined $50,000 for a health and safety protocols violation after an investigation into a widely shared video of him socializing at a club, maskless.

Irving and Harden are the only players to have been investigated and fined for health and safety violations this season.

Celtics find the tenacity to come back and win Game 5