Home » NBA » Lakers’ Kyle Kuzma after draining shot over Bol Bol: ‘Jesus could be in front of me and I’d still shoot’

Lakers forward Kyle Kuzma said “Jesus could be in front of me and I’d probably still shoot” after nailing the game winner over the Denver Nuggets’ Bol Bol.

Kuzma made a 3-pointer with 0.4 seconds remaining as the Lakers topped the Nuggets 124-121 in Orlando, Florida on Monday.

Speaking afterwards, the Lakers’ Kuzma – who finished with 25 points – was full of confidence as he joked.

“I think Jesus could be in front of me and I’d probably still shoot. It don’t really matter to me,” Kuzma said.

“I got an open look, it was a play that we kind of ran in practice a few times prior to the restart. Coach had faith in me, he just called my number and it paid off.”

Kuzma added: “I’m starting on most teams in this league and everyone knows it. It just so happens I’m playing behind the two best players in the NBA [LeBron James and Anthony Davis].” 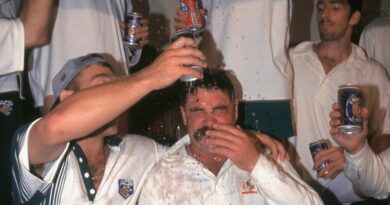