On Wednesday morning, Sarver was fined $10 million (£8.7m) and suspended from the sport for a year after the NBA investigated allegations against him. He is also the owner of Phoenix Mercury, the WNBA franchise.

The NBA interviewed 320 people and analysed 80,000 documents and videos following the reports of Sarver’s behaviours, which emerged in an ESPN article last November. It suggested his 18-year tenure at the team had been riddled with racism, sexism and bullying.

READ MORE: PGA ace used Utah Jazz owner with £1bn net worth as caddie who is richer than Tiger Woods

The NBA investigation found evidence of ‘racially insensitive language, unequal treatment of female employees and sex-related statements and conduct’. However, the league did not find that Sarver’s conduct was ‘motivated by racial or gender-based animus’.

Los Angeles Lakers star James took to social media to express his disgust at the punishment awarded to Sarver, tweeting: “Our league definitely got this wrong. I don't need to explain why. Y'all read the stories and decide for yourself.

“There is no place in this league for that kind of behaviour. I love this league and I deeply respect our leadership. But this isn't right.

"There is no place for misogyny, sexism, and racism in any workplace. We hold our league up as an example of our values and this ain't it.”

Fellow NBA star Chris Paul, who has played for the Suns since 2020, also condemned the punishment on social media. The 12-time All-Star wrote: “Like many others, I reviewed the report. I was and am horrified and disappointed by what I read.

“This conduct especially towards women is unacceptable and must never be repeated. I am of the view that the sanctions fell short in truly addressing what we can all agree was atrocious behaviour. My heart goes out to all of the people that were affected.”

Sarver – who is reportedly worth $800m (£696m) – received a punishment that was less severe than that of Donald Sterling. After he was recorded making a number of racist comments, Sterling was banned from the NBA for life and forced to sell the Los Angeles Clippers in 2014.

Do you think LeBron James will win another NBA title in his career? Let us know in the comments section.


National Basketball Players Association executive director Tamika Tremaglio called for a similar ban for Sarver. He called on NBA commissioner Adam Silver to remove Sarver from any managerial position in the league and bar him in the future.

While he agreed that Sarver’s behaviour is unacceptable, Silver insisted he did not meet the threshold for a life ban.

“It's beyond the pale in every possible way to use language and behave that way, but that it was wholly of a different kind than what we saw in that earlier case.” 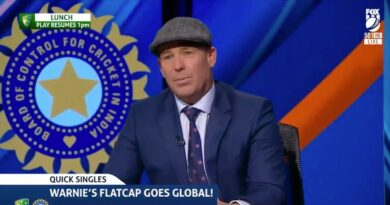