LeBron James has taken to Instagram to defend himself after being heavily criticised for celebrating with no shoes on during the Los Angeles Lakers’ win over the Utah Jazz last night. The Lakers pulled off a blowout win over the Jazz last night, with James getting an early night with the result all-but sewn up in the final few minutes.

But the four-time MVP was still as active on the bench showing his support to the second line-up.

With over two minutes left on the clock, Kyle Kuzma was in the paint playing some hard defence to defend the basket.

He pulled off one big block which got the Lakers bench on their feet, but it was his second block in quick succession which got James and co jumping around in jubilation.

The 34-year-old’s celebration in particular appeared to irk Jazz commentators as they spotted him jumping on the court with no shoes on.

JUST IN: LeBron James and Kawhi Leonard have one attribute in common – Clippers star Ivica Zubac 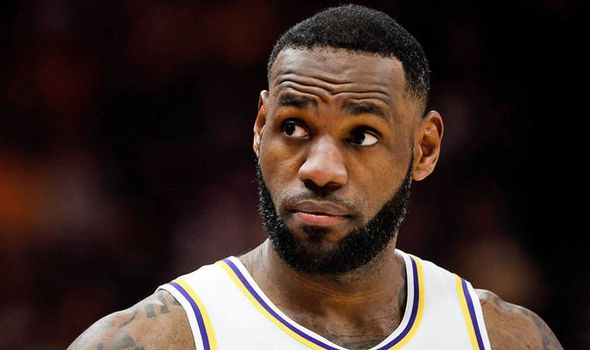 “Look at LeBron, he’s on the court. With no shoes,” the announcers said.

“What is going on here? That’s some disrespect right there.”

They added: “That’s some disrespect. They are clowning right now.

“If you’re the Jazz you have to watch that and put that in your head for the next time you play. You don’t come into someone else’s building & wow.”

James clearly caught wind of the commentary clip as it went viral over night, and took to social media to hit back at the criticism.

“Imagine doing your job at the highest level to where you’re not needed anymore, giving your shoes to a lil girl and boy who you inspire and hoped you made proud that night, then cheering on your teammates cause you love seeing them succeed more than yourself only to be criticized while doing it,” he wrote on Instagram.

“People it’s the world we live in and you can’t let it ever stop you from your purpose in life.

“Negativity, bad energy, hate, envy, etc etc will try to bring you down throughout your journey and it’s up to you on how you handle it. 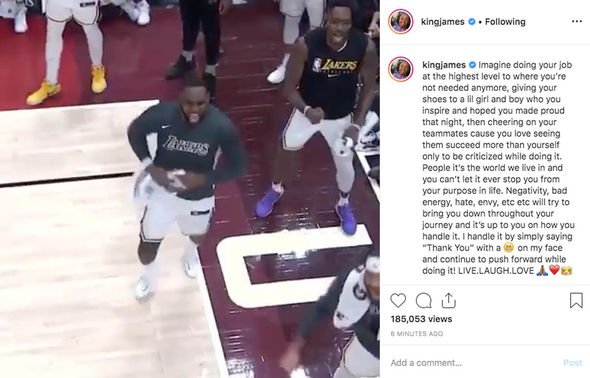 “I handle it by simply saying “Thank You” with a [grimacing face emoji] on my face and continue to push forward while doing it! LIVE.LAUGH.LOVE”

It wasn’t the only part of the game in which James went viral when officials bizarrely missed a blatant travel from the three-time NBA champion.

Just two minutes into the game, James carried the ball up the floor and stopped to survey the defence. He then began dribbling again, with Bojan Bogdanovic screaming in the direction of the officials to call the double-dibble only to be met with silence.

In LeBron vs. Zion Round 1, King James shows the NBA he still reigns

Bitter Renault boss spills on Daniel Ricciardo frustration
We and our partners use cookies on this site to improve our service, perform analytics, personalize advertising, measure advertising performance, and remember website preferences.Ok