In his fourth game for his new team, LeBron James finally got his first victory as a Los Angeles Laker.

James flirted with what would have been his 74th career triple-double, finishing with 19 points, 10 assists and seven rebounds before sitting out the fourth quarter of the 131-113 victory over the Phoenix Suns on Wednesday night.

‘It feels great,’ he said. ‘It is a win, period, but it feels good to know what we have been doing over training camp and these first few games to continue to get better.’ 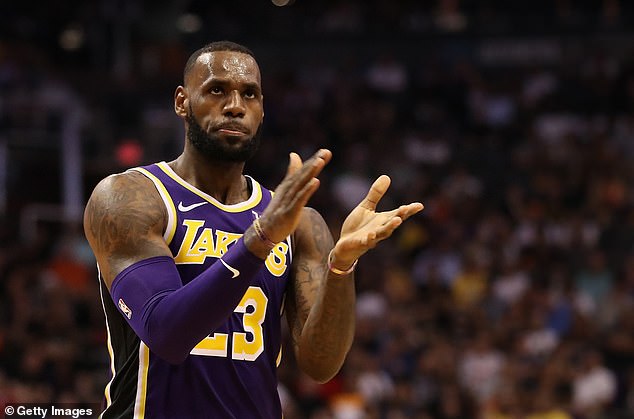 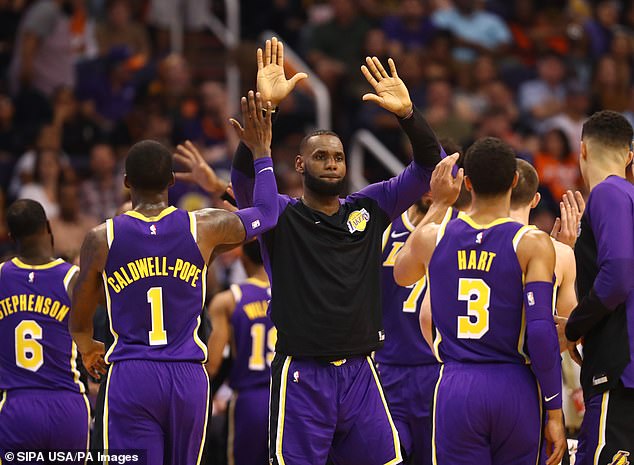 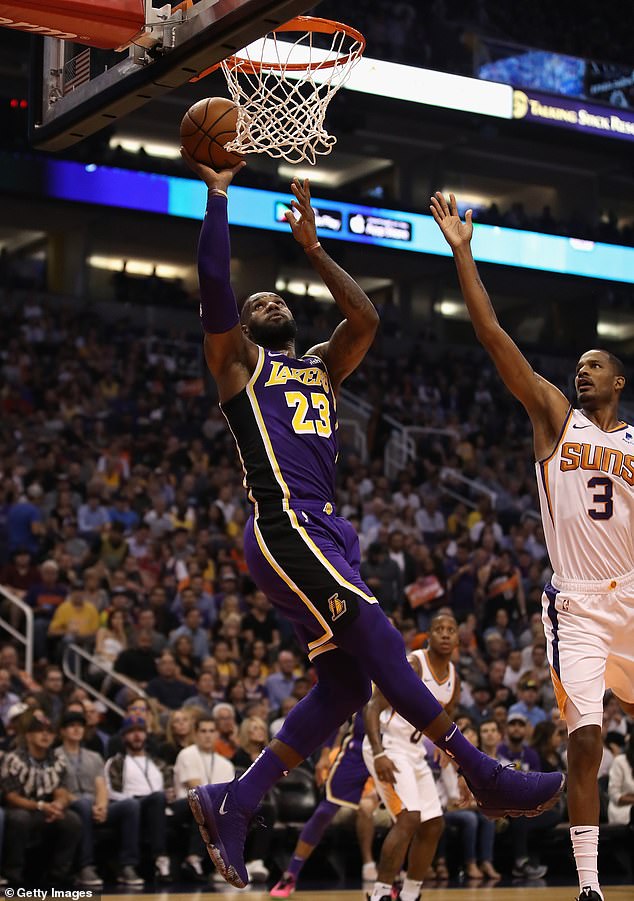 Lance Stephenson had 23 points, eight rebounds and eight assists, JaVale McGee added 20 points and Kyle Kuzma had 17 for the Lakers. They had seven players in double figures.

The Suns’ Devin Booker had 23 points, seven rebounds and seven assists but left the game in the third quarter with a hamstring strain. Deandre Ayton, the No 1 overall pick this year, had 22 points and 11 rebounds.

But the Lakers didn’t miss them in this one, easing into the lead with a 44-point second quarter.

Neither team led by more than six points in the first quarter and the Suns were down only 46-41 after Isaiah Canaan’s driving layup with 7:09 left in the half.

But Phoenix committed four turnovers in a 17-2 Los Angeles burst that put the Lakers up 63-43 on Josh Hart’s running dunk with 3:51 left in the first half.

‘That is what we keep harping on. That is what we will continue to harp on throughout the season is our defensive approach,’ James said. ‘How we approach the game, our physicality, our communication and that is what we did in the second quarter.’ 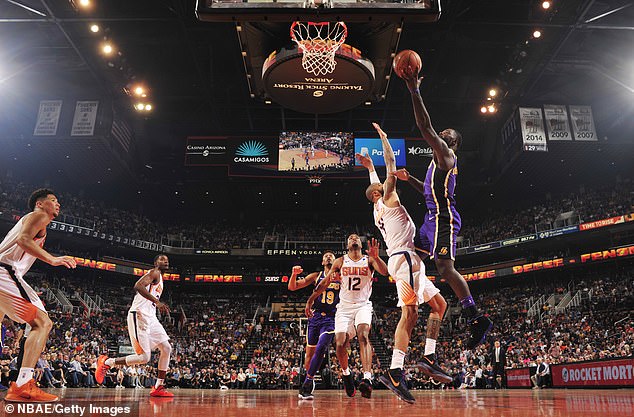 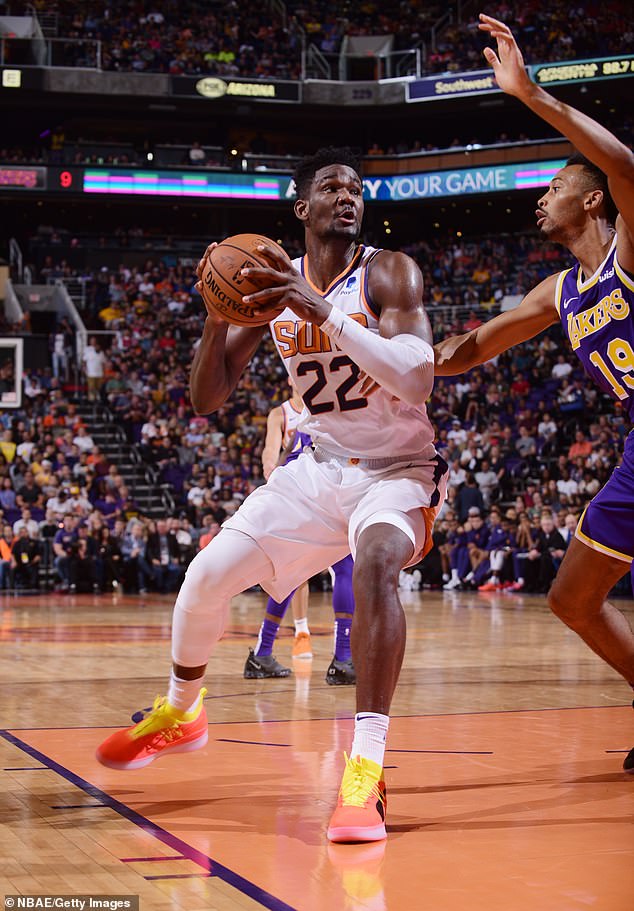 Deandre Ayton, the No 1 overall pick this year, had 22 points and 11 rebounds in the defeat 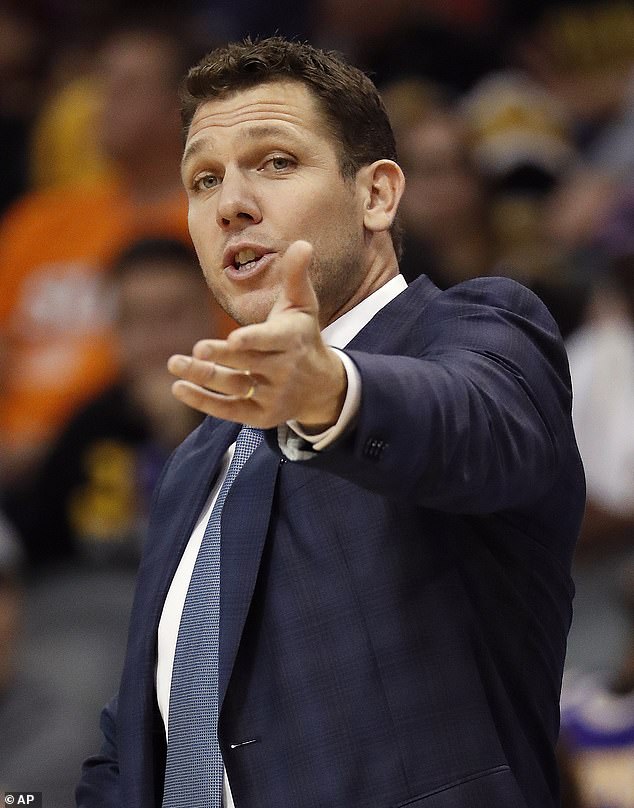 Los Angeles outscored the Suns 44-24 in the second quarter.

‘Our defense picked up,’ Lakers coach Luke Walton said. ‘To start the game our defense was soft. They missed some shots but that was the same thing that happened against San Antonio, but they made shots. We need to get better at that. We need to start games with the same mentality that we started the second quarter.’

‘In the first quarter we had a defensive presence,’ Suns coach Igor Kokoskov said. ‘We had a couple good defensive possessions and showed some kind of resistance defensively and we had a close game. But in the rest of the game, starting with the turnovers, we were thinking too much.’

The Lakers led 76-54 at the break and Phoenix never got closer than 16 in the third quarter.

‘The Lakers are a good team,’ Kokoskov said. ‘We were talking about this morning that we’re not buying in their record right now. They’re much better than the record is saying. But I’m not pleased with any part of game, including defense.’