Currently 0-6, the Cleveland Cavaliers are not only off to their worst start in 20-plus years, but now own the record for worst ever start by a team coming off a Finals appearance. One of only two teams in the league without a victory yet, and owning the second-worst defense in the league, the front office decided it was time for a bold change, and head coach Ty Lue has had to pay the price.

According to reports, the Cavs made the decision to fire Lue on Sunday morning, less than two weeks into the season. It was a surprising move, and not only to outsiders, as players are reportedly “pissed” about the decision.

While the players will likely stay professional and not make those feelings known publicly, there has been an outpouring of support for Lue, from both current and former players.

“#ThankYou from 3 straight finals an a chip to this!” J.R. Smith wrote on Instagram. “Always love!”

#ThankYou from 3 straight finals an a chip to this! ??‍♂️ Always love!

#ThankYou from 3 straight finals an a chip to this! ??‍♂️ Always love!

Kevin Love, meanwhile, simply shared a post of him and Lue embracing each other after the 2016 Finals.

LeBron James also had kind words for his former coach.

The recently retired Richard Jefferson also had nice things to say. “Played with you and for you… two words. THANK YOU” Richardson wrote on Instagram.

Played with you and for you… two words. THANK YOU

Played with you and for you… two words. THANK YOU

While Lue might not have been the greatest coach of all time, this immediate and public showing of support from his current and former players shows just how much he connected with everyone in the locker room. 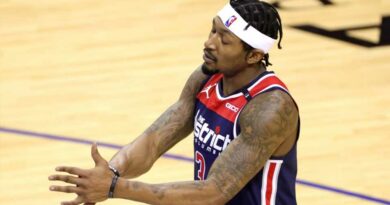