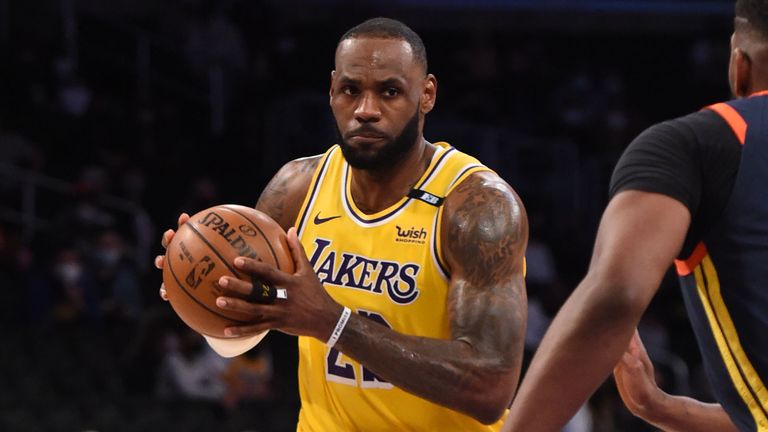 By halftime, the Golden State Warriors had amassed a 13 point lead, LeBron James and Anthony Davis were struggling to hit shots, and for all the world it seemed as though the unthinkable was about to happen.

Then, just like that, the Los Angeles Lakers came roaring back and this Play-In game, hyped to the high heavens, began to live up to its impossible billing.

It took one minute into the fourth quarter for the Lakers to earn their first lead of the night. Back and forth it went from there, as every time they looked ready to pull away to Phoenix for a first-round series against the Suns, Golden State would answer back.

Well, Steph Curry (37 points) would answer back, hitting ice-cold three after ice-cold three. With three minutes remaining, he danced through two defenders into the lane, hit a floater, and gave the Warriors a three-point lead. The momentum was with them once again.

With a minute to go and the Lakers in possession, Kentavious Caldwell-Pope found himself trapped under the basket on a broken play. 100-100 on the scoreboard, seconds expiring on the shot clock and the Warriors’ rotating defense closing in, cutting off every available passing lane.

Enter LeBron James, fresh out of the phone booth, glasses quietly disposed of, one hand up calling for the ball and cape fluttering in the breeze.

Around a minute earlier, James had been fouled under the rim by Draymond Green, whose attempted block ended up connecting with the face of the reigning Finals MVP.

Like any actor with a grand sense of occasion, timing and drama, or just a basketball player looking for a flagrant foul call on an opponent, James left the court and made sure he took his time returning.

Make the cut and Bron will find you ✂️✂️ pic.twitter.com/f14mxp9oYk

He sat and squinted while a Lakers staff member carefully squeezed a few drops of eyewash into the afflicted area. Eventually stumbling back out onto the floor and muttering something to the refs about not being able to see, he swished the first free-throw.

The second he clanked off the rim, perhaps just to truly convince. 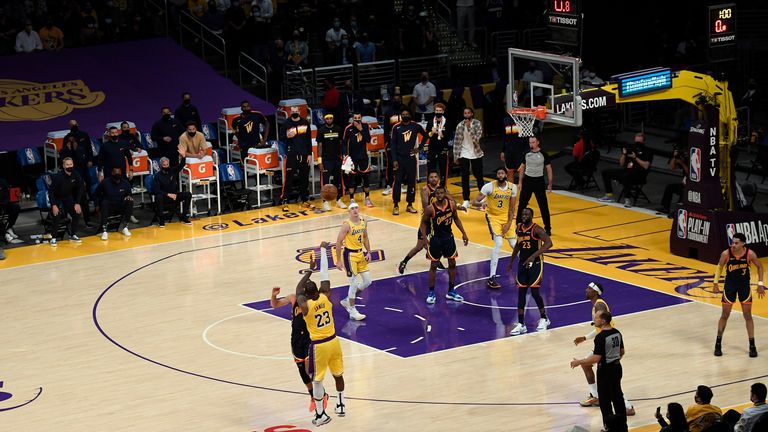 “After Draymond’s finger went in my eye, I was seeing three rims out there. I just aimed for the middle one,” James said after the game, explaining that his longest make of the season (34 feet) and longest go-ahead shot in the final three minutes he has ever hit in his career was a bit of a fluke.

Curry, who watched it fly over his head, a look of disbelief etched across his face, was more complimentary in his assessment.

It’s a tough defeat to take for the Warriors who did so much right for so much of the game but must now host the Memphis Grizzlies in a win or go home match on Friday night, a playoff series against the top seed Utah Jazz at stake.

Andrew Wiggins stoutly guarded James and gave as good as he got at the opposite end, even hitting the ‘King’ with a spinning step-back jumper right in his face.

Draymond Green was a swarming, malevolent force on the defensive end, haunting Anthony Davis’ every step for long periods. Eventually, AD started to get going, Green’s passion told and the fouls started to add up. But make no mistake about it, that commanding lead at halftime was down to his soul-crushing, dream-snatching, chest-puffing energy underneath his own basket.

For the Lakers, the difference in the second half came down to two things: Golden State’s propensity for costly turnovers and the impact of Alex Caruso, Kyle Kuzma and Wesley Matthews off the bench. Those three wreaked havoc and Golden State had nothing to match whenever Curry sat.

Caruso and Kuzma have been the unsung heroes of the Lakers’ season and were by far and away the team’s most consistent performers during the lengthy absences of both James and Davis.

Defensively Caruso glues everything together for Los Angeles and was crucial in hounding Curry when it became apparent Dennis Schroder wasn’t up to task. He might not make a team but he certainly deserves All-Defense consideration.

Kuzma, meanwhile, hunted rebounds like his life depended on it and made several smart reads on offense when it mattered.

Then there was Matthews. The veteran guard was acquired as a free agent solely because of his tenacity and tonight proved why. He played 14 minutes, hit only one shot – a huge three pointer to close the gap on the Warriors – but was +17 in those minutes, thanks largely to his energy, hustle and basketball IQ.

He also conned the refs into a decisive offensive foul on Green moments before James’ winner.

The refs blew for a moving screen that wasn’t moving, an optical illusion on Matthews’ part, so the Lakers got the ball back and took a two-point lead. It won’t get the headlines but sometimes it’s those quiet, dark arts plays that win games. Obviously the 34-feet Hail Mary heaves help. 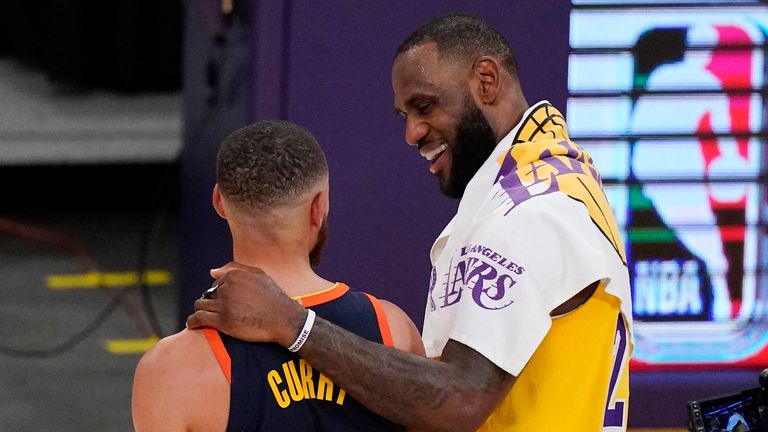 The Lakers must now rest and regroup ahead of what will be a monumentally difficult first-round series against Chris Paul, Devin Booker and the Phoenix Suns. Frank Vogel would do well to ponder his rotation, too, with starting center Andre Drummond ineffective throughout and Davis infinitely better whenever he plays the 5.

For the Warriors, there will simply be no time. A rematch with the Memphis Grizzlies will take place on Friday night, the winner advancing to face the top seed Utah Jazz and the loser packing their bags for an early holiday.

A couple of weeks ago, LeBron James said that whoever came up with the Play-In Tournament needed firing. Based on tonight’s showing, I couldn’t disagree more.