The king is here! LeBron James lands in Orlando as LA Lakers star gears up for NBA restart later this month… but will he approve of the awful hotel dinners?

LeBron James’ quest for a fourth NBA title continued on Thursday as he arrived in Orlando ahead of the NBA restart.

The Los Angeles Lakers star touched down in the city that night, along with fellow team-mates such as Anthony Davis and Dwight Howard, and will now be part of the NBA ‘bubble’ at Disney World.

James took to Twitter on Thursday to express his sadness at leaving his family behind for the foreseeable future. 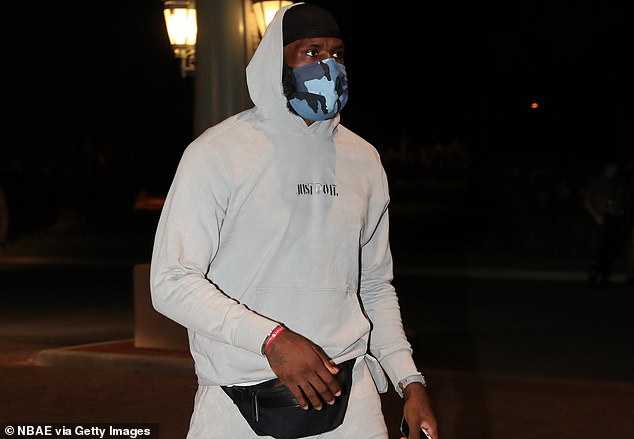 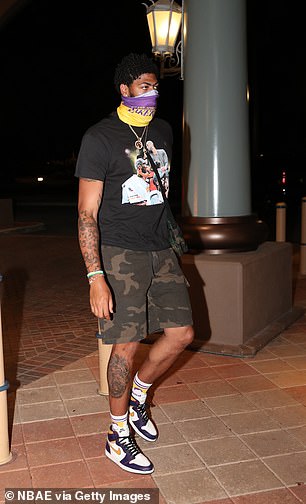 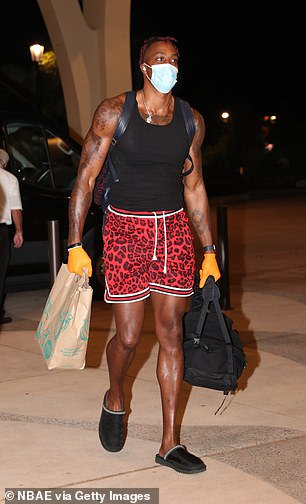 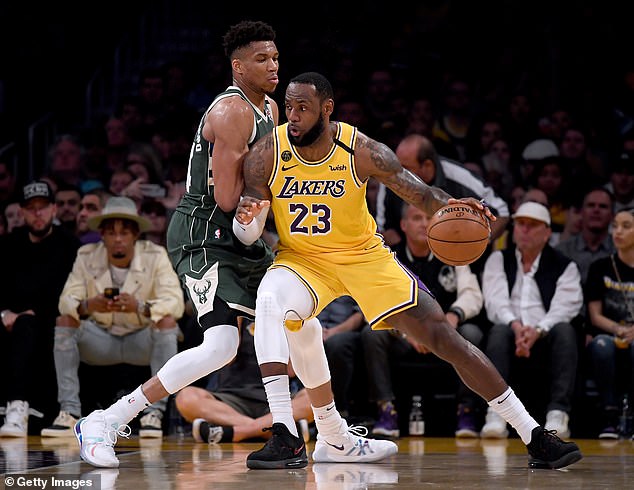 ‘Just left the crib to head to the bubble,’ he tweeted.

Twenty two of the 30 NBA teams, all who have post-season ambitions, have been invited to conclude the campaign in Orlando. They have between Tuesday and Friday to arrive on the east coast.

Before the season was halted due to the coronavirus pandemic, the Lakers were flying.

The NBA season resumes on July 30 with all 22 teams partaking in a rescheduled eight-game regular season to determine the play-off seedings.

The Lakers restart their interrupted campaign against the Los Angeles Clippers in a mouthwatering affair before they take on the defending champions the Toronto Raptors.

It’ll be interesting to see what James and his team-mates make of the food at Disney World with some players already expressing their displeasure. 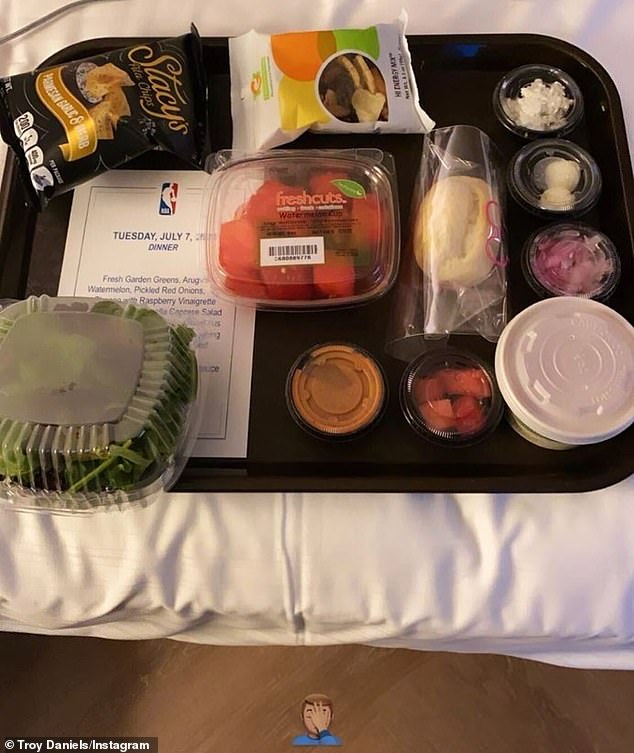 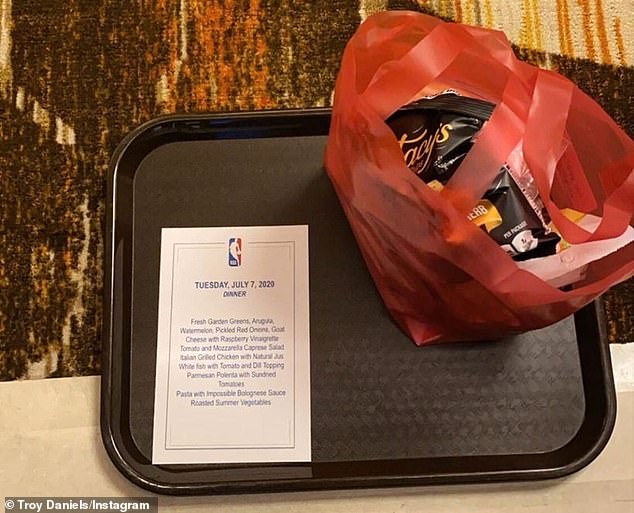 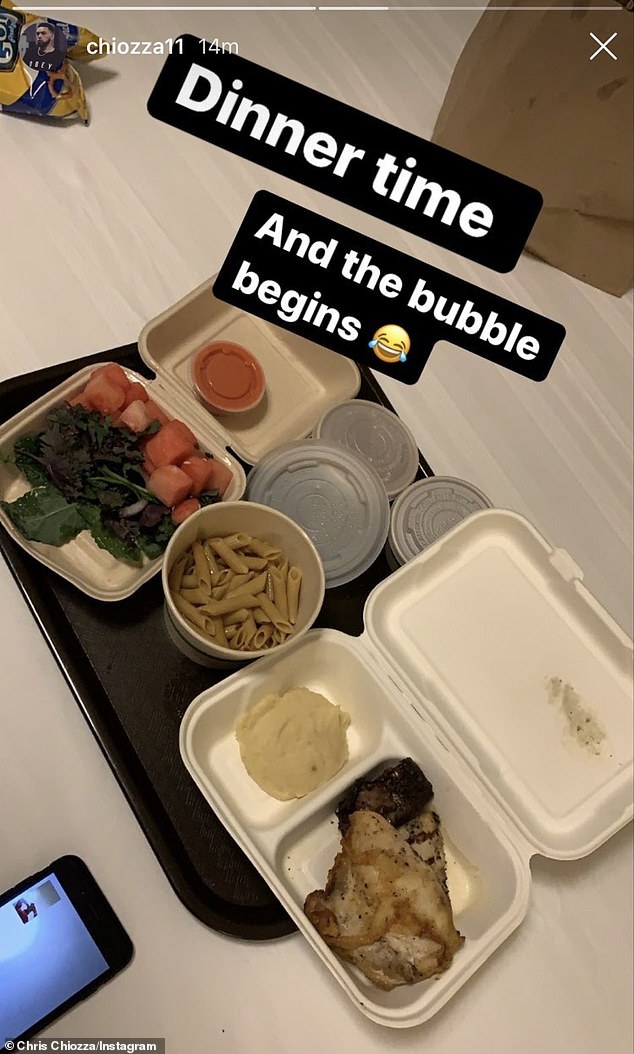 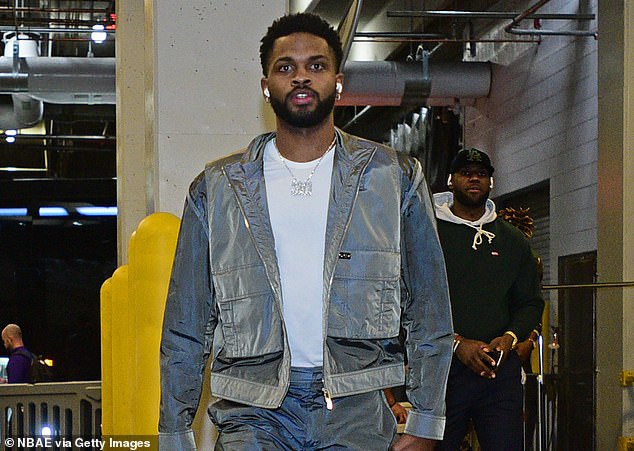 Denver Nuggets guard Troy Daniels and Chris Chiozza of the Brooklyn Nets both shared pictures of their league-approved dinners on their first night in team hotels on Tuesday, with both clubs among the first to decamp to Orlando.

But fans were left less than impressed with the food on offer, questioning whether superstars like James were really going to be subjected to the same fate.

Served an unappetising chicken main course in a polysterene box complete with a sad-looking lump of mashed potato, both Daniels and Chiozza posted emojis showing their disapproval.

Each item of food was packaged in its own plastic container, with Daniels showing off his watermelon, salad and bread among others alongside the menu complete with NBA logo, but items like the ‘Parmesan polenta with sundried tomatos’ – seen on the left of Chiozza’s post – didn’t quite live up to the billing.

‘No way Bron eating this LOL,’ he tweeted.

Thomas’ sentiments were echoed by fans who believe the likes of James and fellow stars such as Kawhi Leonard and Giannis Antetokounmpo won’t approve of this either. 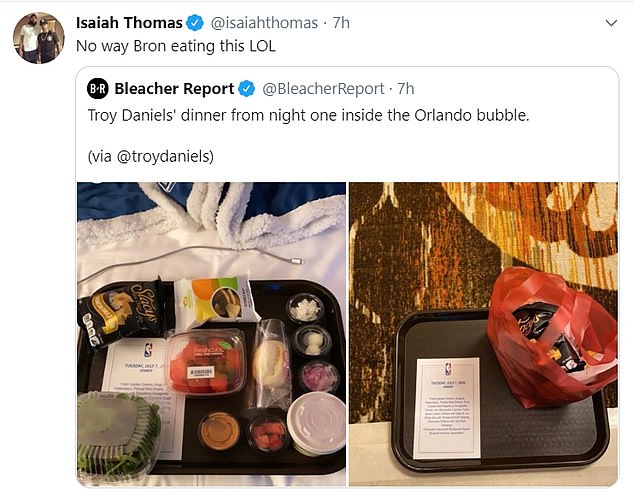 ‘Kawhi Leonard, LeBron and Giannis not eating that food idc [I don’t care] what y’all tell me LOL,’ wrote @JJMaples55_MST. Meanwhile, @HollywoodTyrone said: ‘Imagine being the person that has to take that food to a LeBron James of Greek Freek [Giannis Antetokounmpo] lmao.’

Other basketball fans took to social media to express their dismay at the food offerings in general too – with plenty comparing it to the ill-fated Fyre Festival.

‘Imagine putting your health at risk and Disney feeds you Michelin Star Fyre Festival catering,’ wrote @haan_singh91, while another wrote: ‘The pandemic NBA season is basically the Fyre Festival.’

Even NFL player Tre Boston of the Carolina Panthers put: ‘Them Boys eating like they at The Fyre Festival!! Lmao,’ alongside crying laughter emojis. 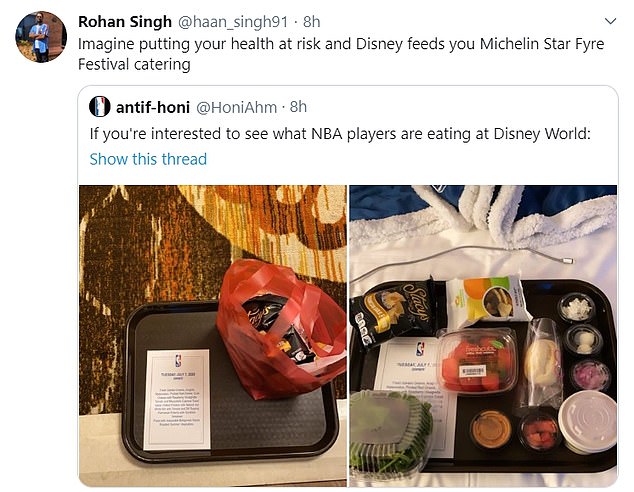 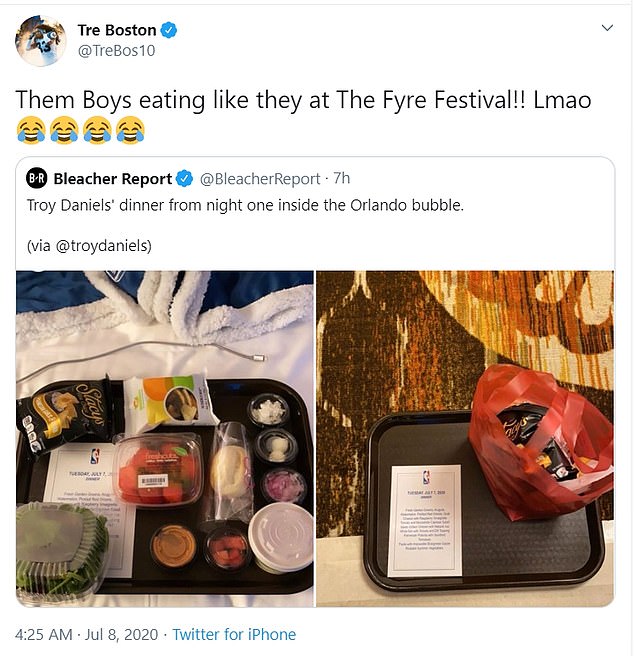