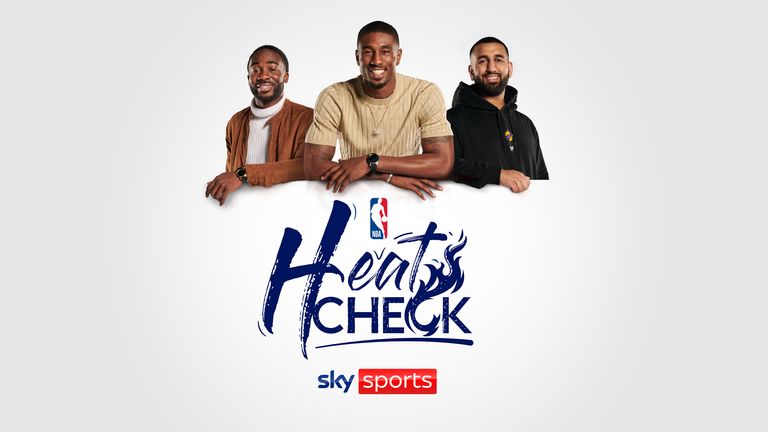 To mark the first episode of 2021, the team begin the year on a positive note by celebrating two of the NBA’s greats in Carmelo Anthony, who recently passed Tim Duncan into 14th on the NBA’s all-time scoring list, and LeBron James, who on his 36th birthday extended his streak of scoring 10+ points in 1000th consecutive games.

Hot Or Not then sees the return of the point guard debate on the back of Curry’s 62 points in the Golden State Warriors’ win over the Portland Trail Blazers.

The league-leading 76ers, led by Doc Rivers, move into focus after asserting their authority at the top of the Easter Conference, before Ovie explains why the unconvincing Toronto Raptors will fail to make the playoffs in 2021.

Off The Court plays stage to the new OG Series, which kicks off with a look at Pacers great Reggie Miller and how he transformed the game as one of the first to implement high volume three-point shooting as a lead scorer.

It’s then onto the ‘Battle of the Bigs’ as the Sixers’ Joel Embiid prepares to come up against the Nikola Jokic in this Saturday’s Primetime matchup, which you can see live from 8pm on Sky Sports Mix and Sky Sports Arena.

There is also a quick look at how the Heatcheck Fantasy NBA is shaping up, before BJ finally explains to Mo why he would choose Kyrie Irving over Stephen Curry at point guard.

Hawks rookie Trae Young made his name shooting deep 3s, but playmaking is how he could one day dominate