Home » NBA » Magic Johnson, ‘The Thief’ and the man who saved the Showtime Los Angeles Lakers 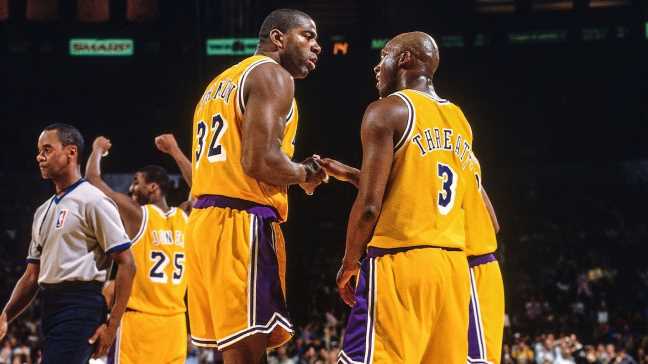 AT A MIDDAY practice at Loyola Marymount University on Nov. 7, 1991, Los Angeles Lakers coach Mike Dunleavy delivered an urgent and sudden edict to his players: They needed to head to the Forum in Inglewood, California, immediately. Every player had to be there, he said. “No exceptions.”

That included a point guard named Sedale Threatt, a 30-year-old career backup who had been traded to the Lakers a month earlier. He had spent time in Philadelphia with Julius Erving, in Chicago with Michael Jordan, in Seattle with Gary Payton. His reserve role had given him a front-row seat to witness a slew of legendary players and moments.

“But,” Threatt said of all those teams, “it was nothing like L.A.”

Players rushed to the Forum. Behind the scenes, earth-shattering news that only a handful of Lakers officials knew — and that they had been protecting for about two weeks — was starting to leak.

It was there in the Forum locker room that Earvin “Magic” Johnson, their all-everything teammate who had missed the first three games of the season with what the team believed was a bad case of the flu, stood before them.

Johnson had tested positive for HIV, he told his teammates, and would be retiring, at 32, from the NBA. Tears flowed. Disbelief swelled to every crevice of the building.

Minutes later, Johnson emerged to speak at a news conference, with then-NBA commissioner David Stern, and spoke to the world in a moment that seemed to stop time.

“We thought it was a death sentence,” said then-Lakers head athletic trainer Gary Vitti. “Just like the snap of a finger, the Showtime era was over.”

Following Johnson’s public announcement, the Lakers boarded a flight bound for the desert to play the Phoenix Suns the next day.

Dunleavy would tell Threatt, who’d most recently started in Johnson’s absence, that he would remain in that role.

“No pressure,” Dunleavy told him. “Just go ahead and play your game.”

The next day, Lakers general manager Jerry West proclaimed the team would not try to find a replacement for Johnson. Instead, he said, the Lakers would lean on Threatt, the Philadelphia 76ers’ sixth-round draft pick (139th overall) in 1983 and the only NBA player ever from West Virginia Tech. A player who’d averaged 8.6 points and 2.9 assists over 544 games, just 110 of them starts.

This was the player who would replace Magic Johnson.

THREATT’S CONNECTION TO the Lakers began in Seattle, where he played three-plus seasons with the SuperSonics, a team that gave the Lakers trouble during the late 1980s. Threatt would pressure Johnson in the backcourt, once recording six steals against the Lakers during the 1989 playoffs. Known as “The Thief,” he had gained admirers from afar, such as Lakers wing Michael Cooper, a fellow defensive menace who respected Threatt’s tenacity.

“I was so enamored with him, playing against him for so many years,” Cooper said.

And so it was that Threatt’s phone rang one day in early October 1991. Threatt had been traded to the Lakers for three future second-round draft picks, and it was West calling to welcome him to the team. Johnson called, too, and told Threatt he’d be great in Los Angeles, that he could help the Lakers avenge the loss they’d suffered to the Chicago Bulls in the NBA Finals four months earlier. Threatt knew he’d be coming in as a backup to Johnson, but he was excited. He had always wanted to play with Magic.

A month later, everything changed. 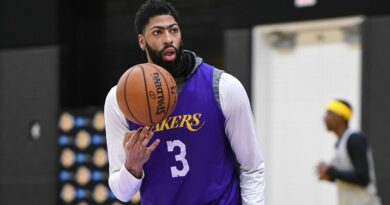