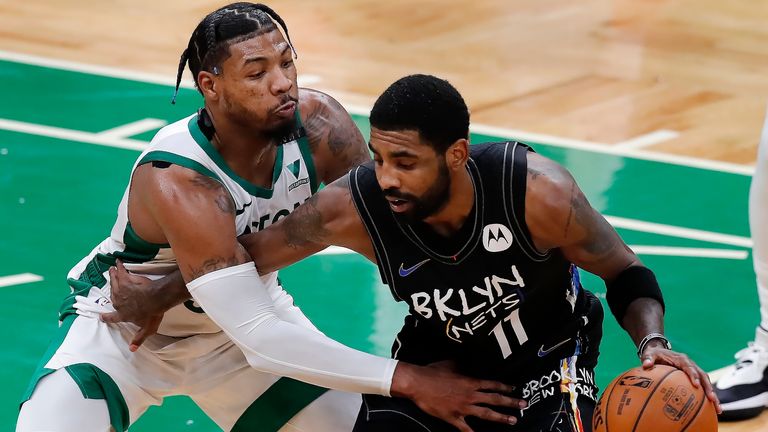 Boston guard Marcus Smart hopes the crowd at Friday’s NBA playoff game at home against Brooklyn will be “respectful” when former Celtics star Kyrie Irving returns with the Nets.

The conduct of fans has been an issue for the NBA this week, with five spectators hit with indefinite bans for “completely unacceptable” behaviour towards players and their families in separate incidents on Wednesday.

Nets point guard Kyrie Irving will be playing in front of fans in Boston for the first time since leaving as a free agent in 2019 in Game 3 of their Eastern Conference playoff series on Friday night.

Alluding to the troubles in the games in New York and Philadelphia, Irving said: “I’m just looking forward to competing with my team-mates and hopefully we can just keep it strictly basketball, there’s no belligerence or any racism going on, subtle racism and people yelling (stuff) from the crowd.”

Smart said he wanted Celtics fans to be “very respectful” of all players.

“We were kind of seen around the league now with a couple other incidents with fans in the crowd,” he said on Thursday.

“We don’t want our crowd to be like that.”

“It’s kind of sad and sickening,” he said. “Even though it’s an opposing team, we’ve had guys on your home team that you’re saying these racial slurs and you expect us to go out here and play for you. It’s tough.”

If the Celtics are to fight their way back into the series from a 2-0 deficit, they will need more from star man Jayson Tatum, who has missed 15 of his last 18 shots from the field and managed only nine points in Game 2 before a poke to the eye forced him to the sideline.

His eye is doing much better – and Boston needs him to start hitting shots to have a chance against Brooklyn’s All-Star heavy team.

While Brooklyn’s Big Three of Irving, Kevin Durant and James Harden gets most of the attention, small forward Joe Harris is the league’s most accurate 3-point shooter. He tied a franchise record with seven made threes in Game 2.

Tip off is at 1.30am, in the early hours of Saturday morning. 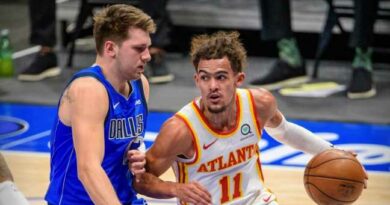 Why Luka and Trae represent the next generation of NBA superstars