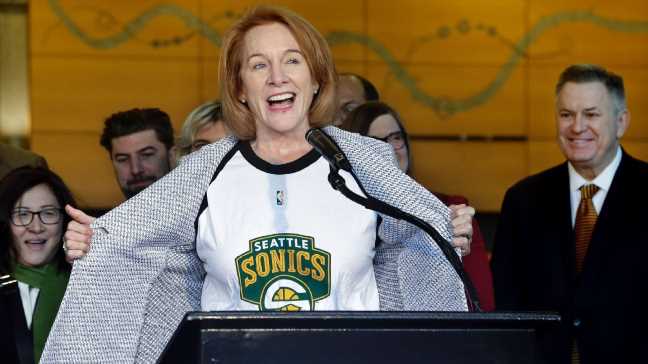 Seattle mayor Jenny Durkan has spoken with NBA Commissioner Adam Silver and is “pretty optimistic” the city is moving toward landing an expansion franchise to replace the SuperSonics.

Silver said in a news conference last month that the NBA was dusting off its long dormant expansion consideration and had put more time into the concept during the current pandemic. He spoke with Durkan shortly thereafter and the mayor reaffirmed the city’s desire to land a team.

“It is very good news for the city of Seattle that they are thinking of an expansion team,” Durkan told KING 5 in Seattle. “And I was honest with him. He knows Seattle wants to be at the front of the line. We’re where the team should be. But we will be respecting them as they move forward to their ownership because the [owners], you know, [have] to approve it.”

League officials have stressed expansion is still likely years away if it happens at all. The last time the NBA expanded, when the Charlotte Bobcats joined in 2004, the franchise was awarded two years before it started play.

In addition to the its history, fan base and deep-pocketed corporations, Seattle is attractive as a relocation spot because a renovated arena is expected to be finished later this year. Climate Pledge Arena, the site of the old KeyArena, will be the home of the expansion NHL franchise Kraken next season after a $900 million rebuild that was more than a decade in the making.

Private equity titan David Bonderman, the majority owner of the Kraken and a minority investor in the Boston Celtics, has expressed an interest in joining a bid on an expansion NBA franchise to share the arena.

As has Seattle native Chris Hansen, who runs a successful hedge fund and attempted to buy the Sacramento Kings and move them to Seattle in 2012. Hansen and some partners still own a tract of land in the SoDo section of the city where they hoped to build an NBA only arena in the event of a Sonics return.

There could be other bidders if the NBA decides to move forward as well, which had led to league officials setting a price target in the range of $2.5 billion as a possible expansion fee, sources told ESPN.

Over the last nine months the NBA boosted its credit line from $650 million to $1.2 billion and then further arranged to borrow $900 million to weather losses during the 2020-21 season with each team receiving $30 million in assistance.

Durkan said these financial scenarios among other reasons may help expansion advance as an option among NBA owners, who are expected to discuss the possibility.

“I think it’s real. But I think again, the commissioner is going to consult the ownership, and the ownership for the first time itself is being very public that they think [expansion] is probably a good idea for basketball,” the mayor said. “Part of that is the COVID economics. Part of it is the economics of sports. But look, there’s no city that I think is better positioned to be successful.”

Bulls players pushing back on Boylen 3 games in 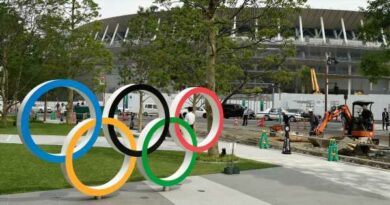