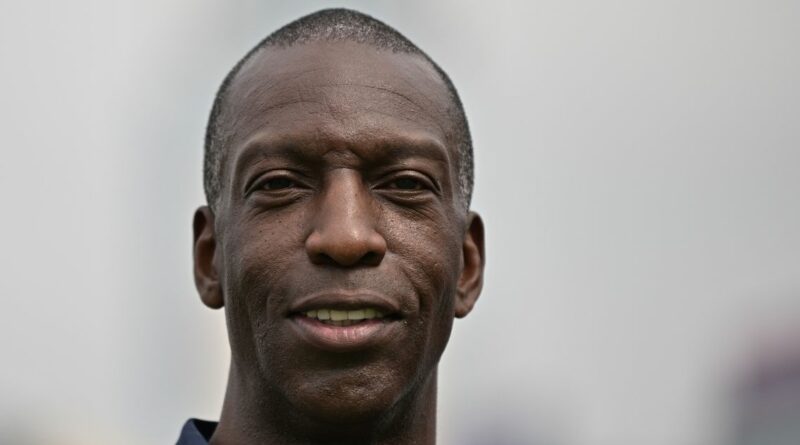 Former sprint star Michael Johnson is 'moving on' after encountering claims of racism following his suggestion the timing may have been off at the conclusion of this year's World Athletics Championships.

Johnson—a four-time Olympic gold medal-winner who once held the world record in the 200-metre and 400-metre events—was alarmed at how quick many of the times were in Eugene, Oregon. Twelve of the 24 semi-finalists in the women's 100-metre hurdles set new personal bests, while Nigeria's Tobi Amusan looked more shocked than anyone to have beat the previous world record by 0.08 seconds.

That feat was made to look all the more remarkable considering Amusan arrived at the meet ranked as the seventh-fastest contender. Moreover, she managed to record her blistering time in long-distance spikes, which she said were intended to lessen the strain caused by her plantar fasciitis.

Accompanied with a tears of joy emoji, Johnson tweeted on Monday: "The level of dumbassery coming across my feed right now is truly staggering!" The 54-year-old has originally wrote that he 'didn't believe 100h [100-metre hurdles] times are correct,' leading some on social media to suggest Johnson was biased because the athletes in question weren't American.

"As a commentator my job is to comment," he added in another tweet. "In questioning the times of 28 athletes (not 1 athlete) by wondering if the timing system malfunctioned, I was attacked, accused of racism, and of questioning the talent of an athlete I respect and predicted to win. Unacceptable. I move on."

One social media user suggested Johnson had a personal vendetta against Nigeria due to the manner in which the 4x400m relay unfolded at the 2000 Sydney Games. Johnson was part of the team initially handed the gold medal, but runners-up Nigeria were promoted to the top spot after Team USA's Antonio Pettigrew admitted to doping.

Who is the greatest track athlete of all time? Let us know in the comments section.

Amusan took the record from previous holder Kendra Harrison, an American hurdler who set a time of 12.20 seconds at the London Anniversary Games. That was the first time the women's 100-metre hurdle benchmark had been broken in almost 28 years, and only by 0.01 seconds.

It was the distance by which Amusan had sped past that time that drove Johnson's suspicion. The Nigerian athlete later broke her own mark once more, but that time wouldn't count considering she was aided by a significant tailwind.

The United States ultimately dominated this year's World Championships on home soil with 13 gold medals, at least nine more than any other country. Amusan's 100-metre hurdle victory was Nigeria's only gold of the competition as they tied for 13th in the medal table. 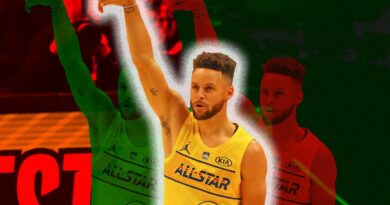 If you picked against Steph Curry yesterday, you need to re-evaluate your life