There’s no telling just how many times Michael Jordan made a fan yell out in excitement from his magnificent play. But we know that, at least once, he so thrilled a spectator that they had to bite another human simply to maintain their composure.

That person is ESPN personality Michael Wilbon, who on Tuesday recalled the time he was so amazed by a Jordan play that he bit colleague David Aldridge to keep from yelling out on press row. (The play in question occurred in Game 2 of the 1991 NBA Finals, when Jordan went up for a dunk before famously switching the ball to his left hand in mid-air for the layup).

Aldridge’s reaction in the story is nearly as good as the anecdote itself:

Wilbon’s story is part of a series in which several basketball players and ESPN personalities remember Jordan’s dominance as part of the network’s “I Love 90s Basketball” series. This, of course, is part of the cultural phenomenon that is “The Last Dance.”

Regardless, add one more accolade to Jordan’s impressive list of accomplishments: He once turned Wilbon into a zombie. 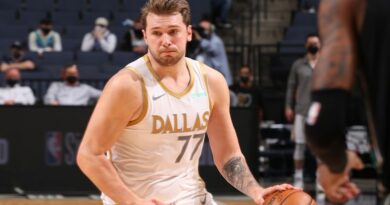 Get Excited For Free Agency, A Delightful Graveyard Of Best-Laid Plans