The surreal moment sparked a brawl between the pair as things turned ugly ahead of their High League match in Gdansk last weekend.

Friday's weigh-in turned sour when Bogusz, a pop star and social media influencer formerly known as 'Sexmasterka', playfully slapped her opponent's backside while she was on the scales.

Brodnicka, for some reason, decided the best way to respond to her rival's slight was to whip out the black sex toy and put it up to Bogusz's face.

While Bogusz had two MMA wins from two under her belt heading into this clash, Brodnicka was making her MMA debut.

Her lack of martial arts experience is made up for by her boxing record, though – she has won 20 and lost only one fight in the ring, and is a former European and WBO super featherweight champion.

Is this the most bizarre incident you've seen at a weigh-in before a fight? Let us know in the comments section.

It proved to not be enough for this fight, though, as Lil Masti won in the third round by punches from the crucifix position after dominating the bout on the ground.

Her opponent, who had been penalised for an eye poke during the contest, was quick to give an excuse as to why she had lost.

Brodnicka cited a knee injury as the reason for her defeat, and demanded the opportunity to take Bogusz on again.

The 37-year-old said: "I want a rematch very much, I’d like to have more time to polish my ground game and I’d like to enter the cage without any injury."

Lil Masti took to social media after the fight to boast about the fact she had beaten a world champion boxer, and told Polish media she wants to take on a man next. 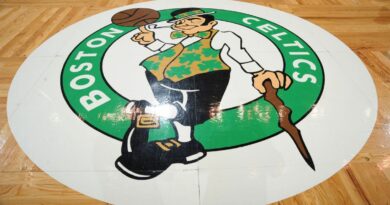