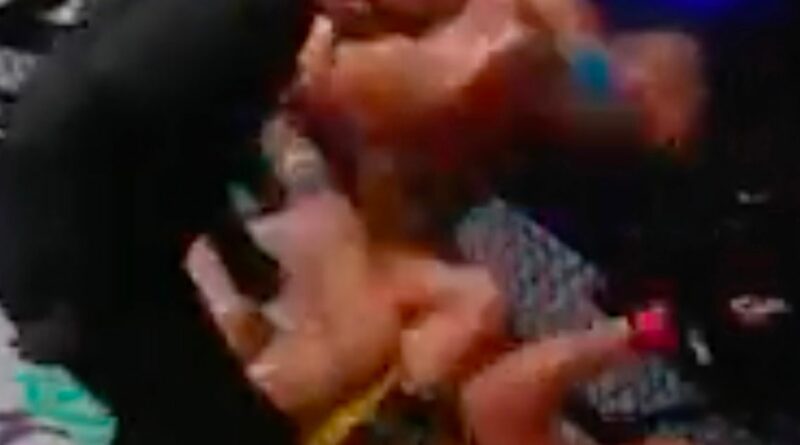 But not everyone was buying the manner of the defeat, with fellow fighter Chris Camozzi accusing him of starting the fight injured and then taking a dive so he did not miss out on payment for competing.

The light heavyweight bout had already been delayed an hour so that ESPN could show a high school football game, and for spectators it wasn't worth the wait as the Brazilian threw one left kick before clutching the back of his standing leg and crumpling to the canvas.

Norwegian fighter Hamlet duly pounced with a series of punches before the contest was stopped, but looked subdued after securing a spot in October's $1 million final, where he'll face the winner of Antonio Carlos Junior and Emiliano Sordi.

But shortly afterwards, PFL fighter Chris Camozzi accused Ferreira of taking a dive. Camozzi himself had competed in a prelim matchup earlier on the card when he defeated Cory Hendricks, and claimed he'd already known Ferrereira was injured.

He tweeted: "“Huh. That’s a dive by Cezar. I saw him at the weigh-ins, black and purple leg. My coaches saw it too.

"He showed up for a show paycheck @PFLMMA can’t believe they cleared him to fight.”

Others were also sceptical, with New Zealand Herald sports journalist Christopher Reive saying: "Ferreira pulled a hamstring after throwing a leg kick and that was that. MMA, huh?"

Indeed, PFL President Ray Sefo did later reveal that Ferreira's leg problem stemmed from a pre-existing injury he suffered during his camp, which he confirmed as a torn hamstring, but also insisted he was medically cleared to take part in the fight.

Daniel Yanofsky however, suggested the impromptu delay may have been a contributing factor to what transpired: "Could the fact the fighters were warming up/ stopping/ warming up longer than usual due to the delay been the ultimate factor in Ferreira's injury?" he tweeted.

Ferreira, who now has a 14-10 record in MMA and was beaten by rival Camozzi earlier this year, is yet to respond.

LeBron says Lonzo realizing ‘how great he is’ 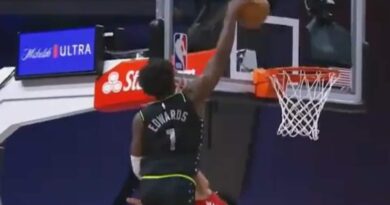 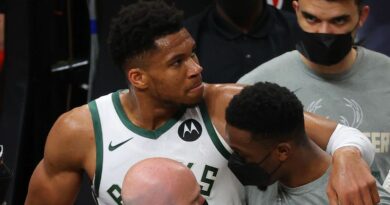 Giannis back in Bucks lineup for Game 1 of Finals