Home » NBA » Mr. 5,000? Why Stephen Curry’s 3-point record will be the NBA’s next unbreakable record 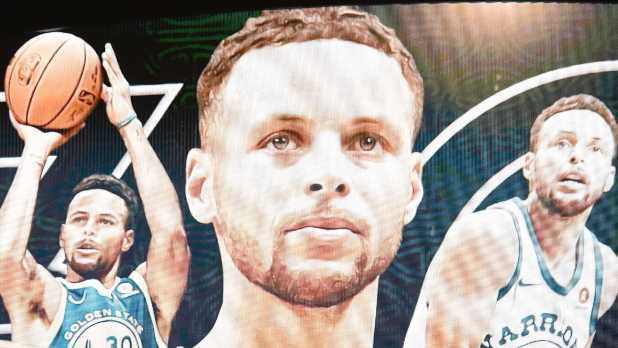 Let’s put one myth to bed right from the jump: not every record is made to be broken.

Case in point? The NBA.

As Stephen Curry passes Ray Allen for the most 3s in NBA history with absolutely zero sign of slowing down anytime soon, it’s fair to wonder if his final tally will forever be etched in the record books. Let’s break it down by taking stock of where he’s at, projecting his career moving forward and then figuring out exactly what it would take to catch him.

CURRY MAKES HISTORY: The making of the greatest 3-point shooter in NBA history

There is no perfect science to projecting the future and I don’t have a fancy algorithm that projects health, league-wide evolution or future rule changes. All we can do is move forward on the information readily available right now and hold ourselves to somewhat reasonable expectations.

That means not venturing too high nor too low. When I say “best-case scenario”, that doesn’t equate to Curry setting a new record every year and playing until he’s 44. Could it happen? Look at Tom Brady. But we’re tempering expectations to stay within reason, if not overly optimistic.

Similarly, “worst-case scenario” gets pretty dark so we’re going to cast aside any serious injuries or personal incidents that can derail a career. Could it happen? Look at Tiger Woods. But again, we’re charting a path forward within reason and without any relative doomsday pessimism.

At his current pace, Curry will finish this season with 3,242 3-pointers.

This is also the fourth season the two-time MVP has averaged at least five made 3-pointers per game. No other player in NBA history has done it even once.

So let’s start there. Imagine that for the next five seasons after this, he continues to hit 5.0 per game. Given he’s only played 80 games twice in 13 years, let’s allow for five missed games each year during that stretch.

While the greatest shooter in NBA history should age just fine, even Father Time will eventually check in at the scorer’s table. Could he play until he’s 43? Vince Carter did it. Even if Curry is still out there in 2032, he’s far more likely to camp out in corners for 25 minutes a night than dance around defenders with the ball on a string. Let’s bump him down to 3.0 triples a night with 65-game seasons which adds on another 975.

Again, we’re completely removing career-ending injuries or events. However, it’s prudent to keep in mind that Curry isn’t exactly an A.C. Green-level ironman, either. Though he famously overcame some brittle ankles early on in his career, it’s fair to wonder just how Curry will hold up given his history and slight frame.

With that said, it’s almost unfathomable to expect Curry to suddenly decline from a superstar level. All things being equal, let’s give him another two seasons beyond this one averaging 4.2 makes per game (the same amount he hit in 2017-18) and playing 65 games. That brings us to 3,788 through his 15th season.

Curry has four more years on his current deal after this one which would take him to 17 seasons, one fewer than both Ray Allen and Reggie Miller. For argument’s sake, let’s assume that over the final two years of his deal — during which time the Warriors will pay him an astounding $55.7M and $59.6M — Curry falls off to 3.0 per game while missing 30 games each season.

If he calls it a career after his 17th season under this scenario, Curry would still finish with 4,100.

Naturally, the best guess is somewhere in the middle.

Let’s play out the back end of Curry’s career in three stages beyond 2021-22. Once again, we’ll assume that Curry maintains his current pace for the remainder of this season and use that as our opening benchmark.

This trajectory allows for Curry’s career arc to naturally unwind while respecting the likelihood that his game ages gracefully. It’s not hard to imagine Curry embracing a role similar to Dirk Nowitzki in Dallas or Dwyane Wade in Miami, two legends who stuck around to properly usher in the next era for franchises they defined over the course of two decades.

Under this scenario, Curry cracks 5,000 career treys, an unfathomable amount and over 2,000 more than Allen’s previous mark.

Who could challenge Stephen Curry?

When Miller retired, Allen was the obvious successor.

When Allen retired, Curry was earmarked as the next man up.

Who will challenge the potential Mr. 5,000 whenever he decides to hang it up for good? There isn’t an obvious answer.

Just take a look at the active leaders. Nobody from that list is touching Curry, who continues to leave everyone in his dust.

Any potential challenger is either just getting started, not yet in the NBA, or not born yet. Here’s a very quick run through the top challengers:

Luka Doncic is the fastest ever to 500 made 3s both in terms of age and games. Still just 22, he could hover around 30 points per game for the next 15 years. That said… he has yet to average 3.0 per game in four seasons and is actually making fewer now than he did in his second season. An amazing scorer, Doncic just isn’t a high volume enough shooter.

Trae Young takes and makes a ton of them. No player in NBA history including Curry made more 3s through 230 career games. Though given the fact that Robert Covington hit more 3s than Curry through that same benchmark doesn’t exactly lend credence to that fact carrying any real meaning.

Donovan Mitchell, not Young, might be the closest comp to Curry in terms of pull-up ability from downtown. This is the second straight year he’s canned over three per game and has upped his 3-point rate each of his first five seasons. He entered the league at the same age as Curry and his 2.7 career 3s per game is the exact same as Curry through five years. How much more will he be able to ramp it up?

Devin Booker, like Doncic, could lead the NBA in scoring for years to come yet has more of a throwback game reliant on mid-range jumpers than bombing away from deep.

Truth be told, the most likely answer is nobody.

To catch Curry, it will require someone making at least four a game for over 15-straight seasons. Every other player in NBA history not named Stephen Curry has combined to do it a grand total of five times. Four times, the new 3-point king has canned five per game, a feat that no other player has ever done even once.

The knee-jerk reaction is that someone will eventually come along. That among the millions of kids shooting in driveways, parks and gyms right now, at least one will tap into this new era ushered in by Curry himself.

But while it’s easy to assume that players and teams will just continue to let it fly more and more often, the year-over-year rise in 3-point attempts is already starting to taper off, signaling that perhaps we’re near a tipping point where the math will no longer simply say “shoot more 3s.”

The reality is that Curry is playing a game that’s entirely different than everyone else. The result?

The NBA’s next unbreakable record. 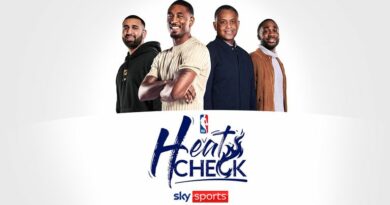 Heatcheck podcast: Will Jimmy Butler lead the Miami Heat back to the NBA Finals? Plus Anthony Edwards' All-Star potential and best fit for Andre Drummond

Government to give rugby, racing and others £300m aid package – but not football

Kevin Durant will NOT meet with Knicks, wants to join LeBron James at Lakers – huge claim