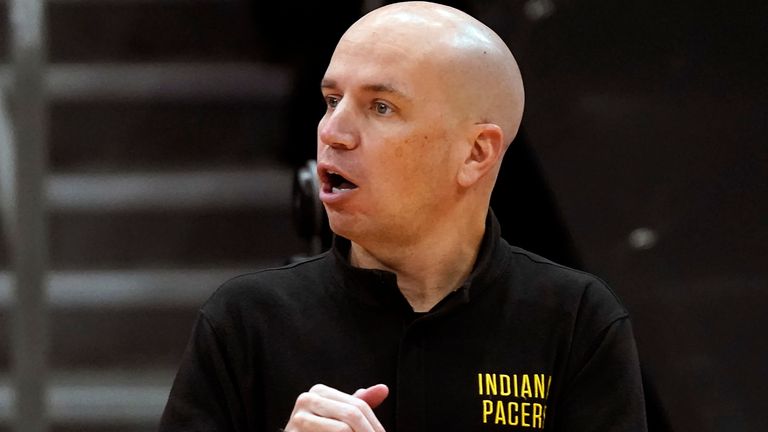 Nate Bjorkgren was fired on Wednesday after one season as head coach of the Indiana Pacers.

Bjorkgren, 45, guided the team to a 34-38 record in 2020-21. Indiana missed the playoffs after a blowout loss to the Washington Wizards in the play-in tournament.

“The 2020-21 season was not what any of us hoped or anticipated it would be, and our results on the court certainly did not meet the standards for what our organisation and our fans have come to expect,” Pacers president of basketball operations Kevin Pritchard said in a news release.

“We have determined this is the right time to move in a different direction, and on behalf of the Simon Family and the entire Pacers organisation, I want to express my gratitude to Nate for his efforts leading our team.

“While we do not have a definite timetable for our search, we will move quickly to identify candidates who will make our team and our organisation stronger.”

Reports surfaced throughout the season that Bjorkgren had poor relationships with his players and members of the organisation. Things came to a head last month when assistant coach Greg Foster and center Goga Bitadze engaged in a tense in-game argument that led to a suspension for the former and a fine for the latter.

Bjorkgren took over the head coaching position formerly held by Nate McMillan, who was fired in August after four seasons with Indiana.