Despite being one of the most recognisable faces on the planet, Tiger Woods wasn't always such a success with the ladies.

It's well-known Woods had one of highest-profile affairs in the world of sports, which ended in a 2010 divorce from his now ex-wife, Elin Nordegren. It was first reported in November 2009 that Woods was seeing New York nightclub manager Rachel Uchitel, though more than a dozen women have claimed he cheated with them also.

That paints Woods in a far different light to the stuffy figure who grew up as a golf prodigy. Despite seeing major success on the fairway from an early age, the 46-year-old was hardly a natural when it came to seducing the fairer sex.

Luckily, the 15-time major champion had aid from another elite athlete to shepherd him in NBA legend and basketball billionaire Michael Jordan. 'His Airness' explained on ESPN's The Last Dance that he developed a friendship with Woods, even linking up on the golf course on occasion.

During the docuseries, Jordan referenced a run-in with Woods in 1999, four years before his engagement to Nordegren and a whole decade before his extramarital affairs would come to light. The NBA great was with New York Yankees legend Derek Jeter when Woods approached for pick-up advice.

Far from being the sage figure one might imagine, however, Jordan's advice was short and sweet. Rather than beat around the bush, Jordan advised his fellow sportsman to: ”Just go tell them you're Tiger Woods.”

Do you think Tiger Woods will win another major? Let us know in the comments section below

At the time of the encounter, 'Air Jordan' was enjoying his second retirement from basketball and no longer associated with the Chicago Bulls. It would be another two years before he returned to the NBA, this time as a part-owner and player for the Washington Wizards.

Woods, on the other hand, won only his second major in 1999 when he lifted his maiden PGA Championship. That proved to be just the beginning of arguably the most accomplished career in golf, with Woods clinching the most recent of his major crowns at the 2019 Masters.

The veteran completed a sensational comeback this year after a year out due to injuries he suffered in a car crash last year. Woods continues to rehab following that setback and isn't taking part in this week's U.S. Open, though he's suggest he'll return for The Open at St. Andrews in July. 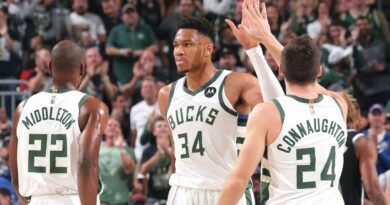