Home » NBA » NBA Draft 2020: How should New Orleans Pelicans use their first-round pick?

The New Orleans Pelicans have their superstars and a new coach. With a bright long-term future beckoning, they now need to use the 2020 Draft to shore up their roster.

Aside from perhaps the Phoenix Suns, the New Orleans Pelicans had the best unsuccessful season in 2019-20. Considering the prized No 1 draft pick Zion Williamson sat out the majority of the season, and the team traded away their best player, Anthony Davis, for a whole new roster the summer before, hopes were high for the Pelicans even if expectations were measured.

But while those hopes were not dashed, they were delayed after Williamson suffered a knee injury before the regular season tipped off. He debuted against the San Antonio Spurs and scored 22 points, went perfect from three-point distance, and if head coach Alvin Gentry was allowed to play him more than 18 minutes, they might have won.

Williamson’s impact on the team was incredible. The Hornets had a record of 11-13 when he joined them, but when he was allowed to play more than 21 minutes in the game, they were 11-8. Gentry was hamstrung with the minutes restriction imposed on his star rookie by ownership, but he made the most of the situation.

Leaning on veterans like point guard Jrue Holiday, sharp-shooter JJ Redick and workhorse big man Derrick Favors, the team had a great group of level heads to help integrate a large number of youngsters, including a group of players traded away by the Los Angeles Lakers in the Davis deal – Lonzo Ball, Josh Hart and a player who would become an All-Star, Brandon Ingram.

Ingram was showing great promise playing in Hollywood, but away from the spotlight and with more measured expectations in New Orleans, he shone. After his production crept up during his first three seasons, it took a leap in 2019-20 across the board. His VORP (Value Over Replacement Player – an estimate of the points per 100 team possessions that a player contributed above a replacement-level) reached 2.2, which puts him on the edge of being a top 30 player in the NBA.

Still, without Williamson – for all but 24 regular-season games – there was a ceiling on how far the Pelicans could go. This is why letting their coach Gentry go might be a little unfair. He hardly had a healthy roster during his time with the team, but critics felt five years was plenty to achieve some semblance of success. The best they managed during his tenure was a trip to the Conference semi-finals in 2017-18.

All change at the top 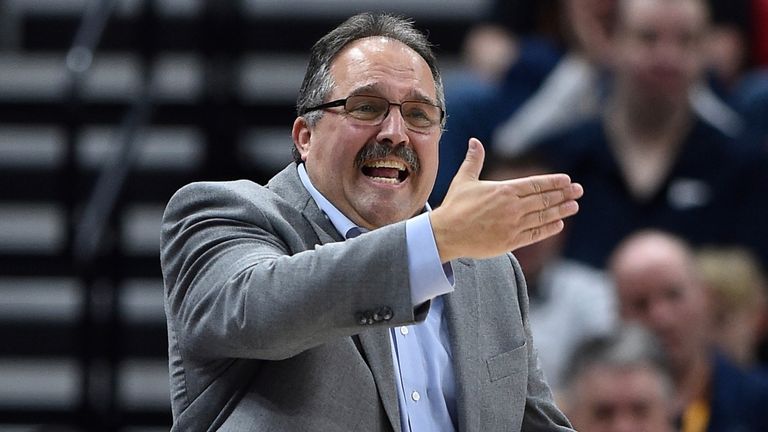 Gentry was one of the most likeable coaches and has great respect from colleagues around the league for his ability to connect with players. The Pelicans’ new coach, however, is Stan Van Gundy.

The Van Gundy family is widely known for its basketball know-how. Few people can match Stan in terms of understanding and teaching Xs and Os, but he has drawn criticism in the past for being unable to build relationships with players. Shaquille O’Neal once called him “a master of panic”, Gilbert Arenas criticised him for being too demanding and Dwight Howard reportedly asked for him to be fired.

We have seen how an old-school coach with difficulties connecting with a young roster can go badly – the Jim Boylen era with the Chicago Bulls was not successful. However, if the young team can retain the strong influence of their veterans, that could help Van Gundy.

He will especially rely on Redick, who had a successful time playing for the coach with the Orlando Magic. Redick has another season on his current contract with the Pelicans, and if they can keep the always respectful Holiday out of trade rumours, there could be enough people in the coach’s corner who can bridge the gap between the younger players and the old head.

If that is the case, the Pelicans could use the 13th pick to select another young player with potential and continue building for the future. It is technically still a lottery selection, though the talent levels begin to homogenise at that stage of the draft, especially in a year that has limited superstar prospects to begin with. 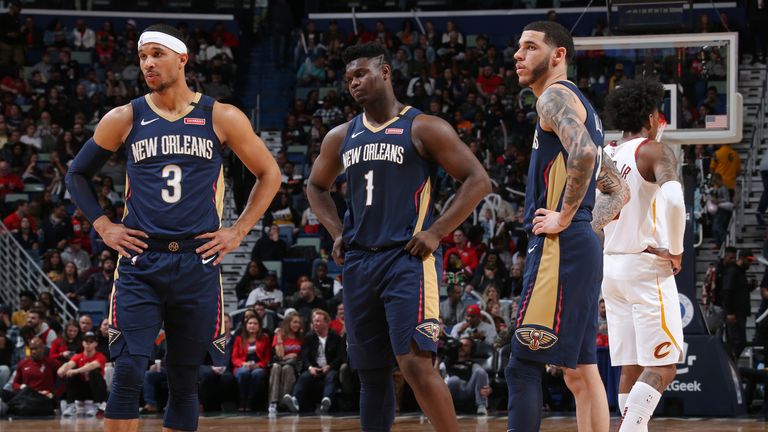 The Pelicans roster is reasonably well constructed. The point guard position is deep with Holiday and Ball handling the offense, and Frank Jackson has the potential to be a good back-up.

Holiday can also play shooting guard, but Redick should continue to start next year, and the team also has E’Twaun Moore, Nickeil Alexander-Walker and Sindarius Thornwell to rotate on the perimeter.

Josh Hart is a good small forward and can play some guard, especially if Brandon Ingram starts at the three (small forward), though he can play power forward when Zion Williamson goes to the bench.

At center, Derrick Favors will be searching for a new contract and might not return in 2020-21, but Jaxson Hayes showed real potential as the center between November and January when his minutes increased while filling in for various injuries. Nicolo Melli probably deserves another look after limited minutes during his rookie season, as they were not negative.

With no glaring weaknesses, it might just be a case of picking the best player available, except for maybe the power forward position, where putting any more players in front of Williamson and Ingram would stunt their growth and limit the team’s ceiling.

Most modern coaches will be happy to run Williamson as a small-ball five, but should the Pelicans need extra height on defense – not to mention someone who can also stretch the floor and not get in the way of the team’s two stars – Aleksej Pokusevski would be a good option.

Aleksej Pokuševski is a player people should be talking about heading to the draft. He’s projected to go Mid 1st round. Could be a good role player in the right system.
▶️: https://t.co/oRXcUhH1bO
✅ Sub for More Content: https://t.co/RZyy1C0iZY pic.twitter.com/dYLyvPKYKz

Pokusevski is a skinny 7ft Serb who played with Olympiakos in Greece last season. He offers defensive potential, even if he is inconsistent on that end of the floor, with a chance to be a good shooter from distance with fundamentals on offense. 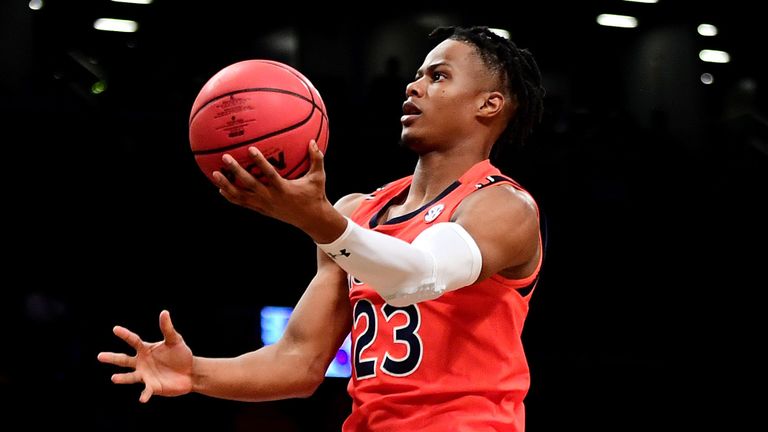 If Isaac Okoro from Auburn is available at 13, the Pelicans should absolutely go for him. He is an underrated talent at 6ft 6in and loves to do the dirty work. However, the team already has a gutsy, defensive small forward in Hart. In the same vein, Villanova’s Saddiq Bey is a good three-and-D wing who can be a good spot-up shooter that will draw hard close-outs, and he has the ability to drive against them. Ultimately, you can never have enough defensively focused, good shooting wings.

Holiday is one of the league’s most sought-after guards and will be a top target for teams with championship aspirations. For that reason, the Pelicans might be persuaded by a good trade package for the 11-year veteran. If they were to trade Holiday, they could use the draft to deepen their talent at the guard spot. Tyrese Haliburton of Iowa State is a tall guard who can handle the ball. He can play both spots with a good nose for rebounds and he is a good passer and scorer. In fact, he has many of the same strengths and weaknesses as Ball, even down to the unusual shot form, so it might be better to look for variation.

Alabama’s Kira Lewis Jr offers something a bit different as a rim-attacking guard who can also run pick-and-roll as a scoring threat. His passing could improve, but with a lob option like Williamson, it will probably get better quickly, and he can already find open shooters. Whatever direction the Pelicans go in with the draft, the success they had in 2019-20 showed that a full, healthy season from their top players could result in a playoff appearance. Even if they do fall short again, the roster is young enough that one more good first-round prospect will add another talented player, who can grow with the group going forward.

This team will not win a title next season, nor the following year, but there could be an NBA championship in their future if the right coach can help them learn enough about the game. The Pelicans have their stars, they have their coach – now they just need to shore up the roster for the long-term.

Fallon Sherrock net worth: How much has the darts star earned?

‘I was no good’: Smith’s scary confession
We and our partners use cookies on this site to improve our service, perform analytics, personalize advertising, measure advertising performance, and remember website preferences.Ok