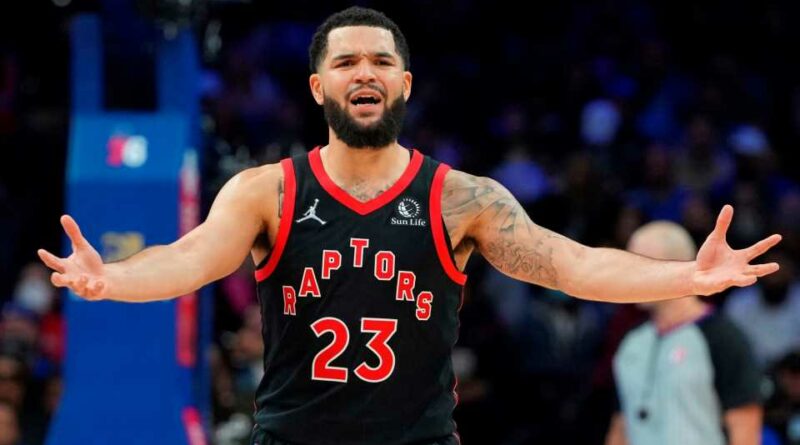 Toronto Raptors guard Fred VanVleet has been fined $15,000 by the NBA for celebrating a huge 3-point shot to close out a victory over the Philadelphia 76ers.

VanVleet was feeling it, knocking down a dagger 3 in the final seconds of the game to give the Raptors a lead they wouldn’t surrender, taking him to 32 points on the night.

After burying the clutch shot, VanVleet ran back to his bench doing an iconic NBA celebration that has become known as the Sam Cassell “Big Balls dance,” according to Cassell himself in a story with The Athletic.

The dance – if you’d call it that – originated back in the early 2000s when Cassell was playing with the Milwaukee Bucks, but it became famous when the All-Star guard broke it out during the 2004 NBA Playoff run with the Minnesota Timberwolves.

In Game 7 of the 2004 Western Conference Semifinals against the Sacramento Kings, Cassell knocked down a timely 3 and ran back to the bench doing the now well-known celebration. It became a common go-to any time players hit a big shot, so much so that the NBA has designated the celebration as an “obscene gesture” that can get you fined from $15,000 to $25,000.

VanVleet busting it out may have been nothing more than a natural reaction to a massive shot, but the celebration is even better knowing that Cassell was on the 76ers bench as an assistant coach on Doc Rivers’ staff.

If you ask me, he should have been paid $15,000 for flawless execution.