Well, we’ve made it through the first month of the season — half-month, as it were — and are careening toward Thanksgiving. It’s early still, but in a couple of weeks, we’ll have a decent enough sample size to start saying some definitive things about players and teams around the league.

In the meantime, we have our first Power Rankings of the 2018-19 season…

How much has Mike Budenholzer changed the Bucks’ offense? Consider that if Milwaukee continues on its current 3-point pace, they’ll pass last year’s total number of 3s made (718) in Game No. 47.

Nick Nurse has taken the revamped Toronto offense and pushed it further. Two years ago, the Raptors averaged 84.4 shot attempts per game, 22nd in the league. Last year, they pushed that to 87.4 per game, which was sixth. Now, they’re up to 91.8 shots, tied for ninth in the league. 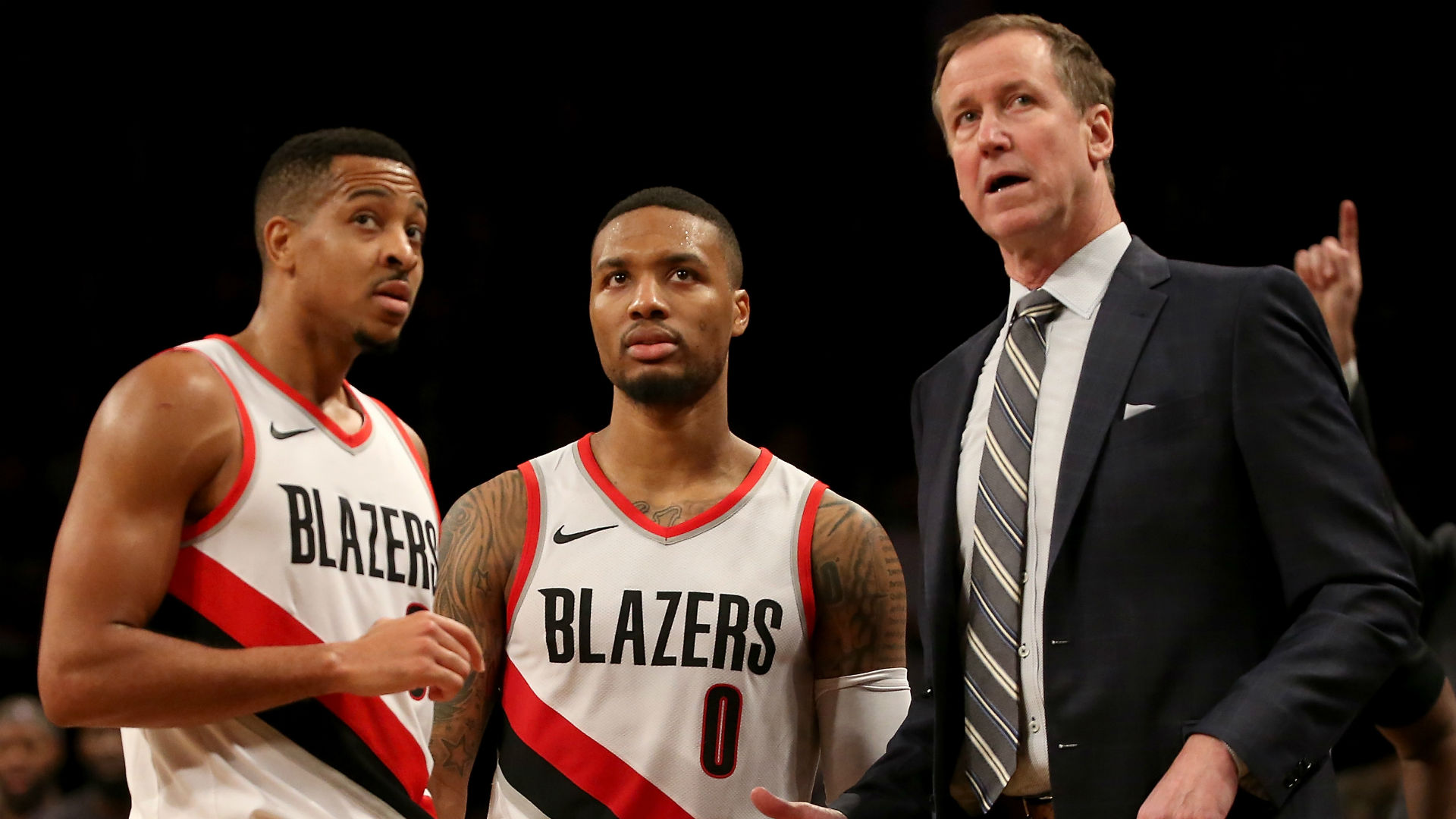 The Blazers are still the best pick-and-roll team in the NBA, but to achieve playoff success, they’ll need to rely less on the play. So far, that’s happening. They ran pick-and-roll on 21.6 percent of their plays last year, third in the NBA. This year, that’s down to 17.7 percent, or 16th in the league.

Rookie Jaren Jackson was forced into the starting five because of an injury to JaMychal Green. He’s been in foul trouble just about every game, but is averaging 11.5 points, 5.2 rebounds, 1.2 steals and 1.0 blocks per game.

The last couple of years have been marked by disappointing starts in Utah, including 6-10 last year and 7-8 the year before. This team has higher expectations, and at 4-3 is trying to avoid yet another sluggish start.

Thaddeus Young contributes to the starting five in many ways, but if things keep up for Domantas Sabonis, Nate McMillan is going to have to consider a lineup change. Sabonis is averaging 14.4 points and 9.6 rebounds on — this is not a misprint — 70.7 percent shooting. He’s averaging just 22.3 minutes off the bench.

After their 4-0 start, the Pelicans are on the road for a gauntlet of a trip. So far, they’ve dropped games to the Nuggets and Warriors. They allowed 131 points to Golden State, the second time in three games they allowed 130-plus — that happened three total times all last year. They still have the Blazers, Spurs and Thunder coming on the trip. 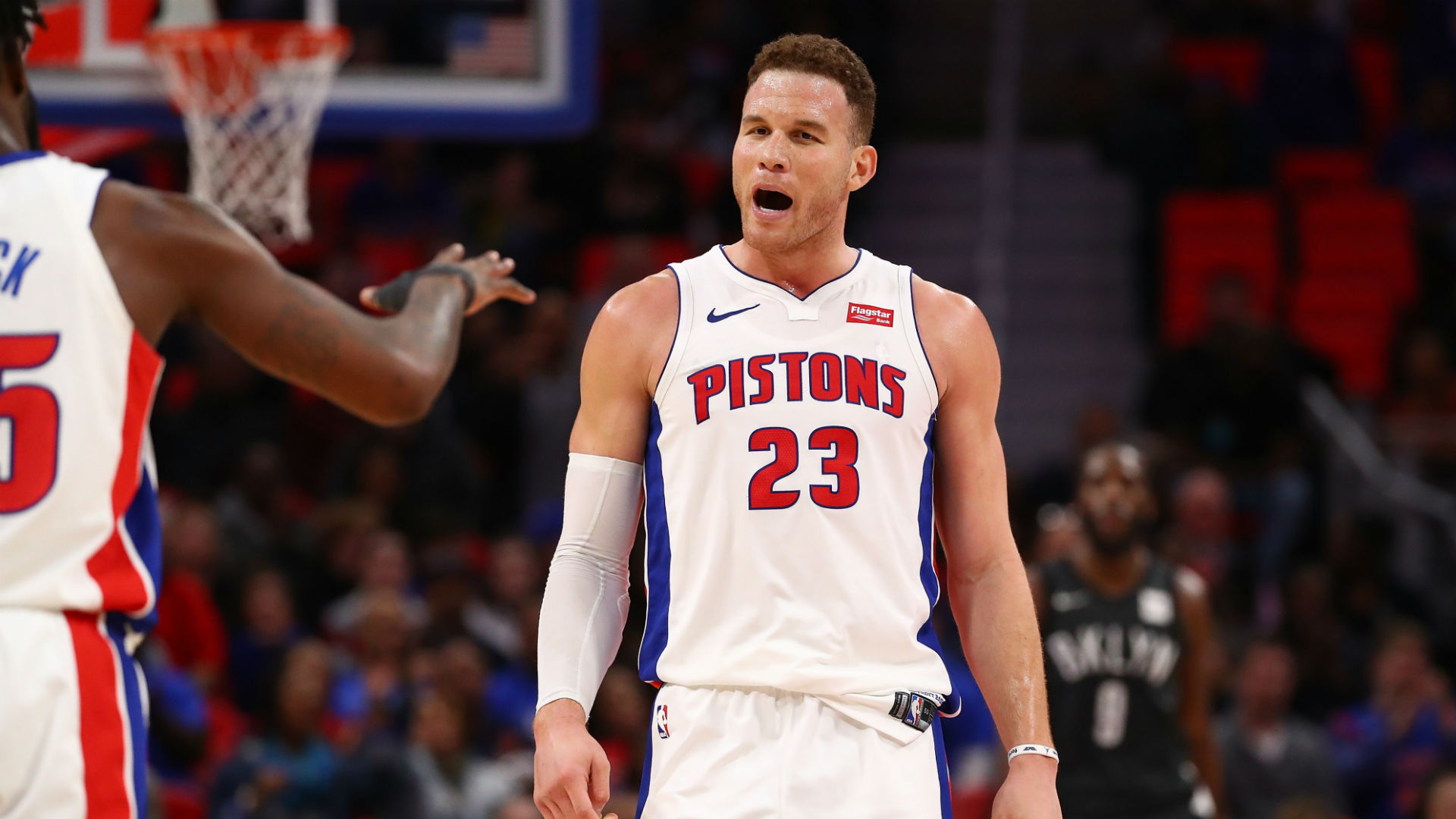 The reserves have been especially effective for the Clippers, who have two players — Lou Williams (16.7) and Montrezl Harrell (13.0) ranked in the top 18 in bench scoring this season.

San Antonio has bucked the offensive boom in the NBA, ranking ninth in offensive efficiency (111.9 points per 100 possessions) despite ranking 29th in 3-point shot attempts (22.3 per game). Yes, the midrange game can still work.

Not since Mike Bibby and Doug Christie have the Kings had a competent and productive backcourt. That’s changed with De’Aaron Fox and Buddy Hield, who have combined to average 36.4 points and 9.3 assists.

Kemba Walker could not do much more to campaign for a max contract from the Hornets than he’s done so far. He’s averaging a career-high 30.1 points, with career highs in shooting (46.3 percent) and 3-point shooting (41.4 percent). 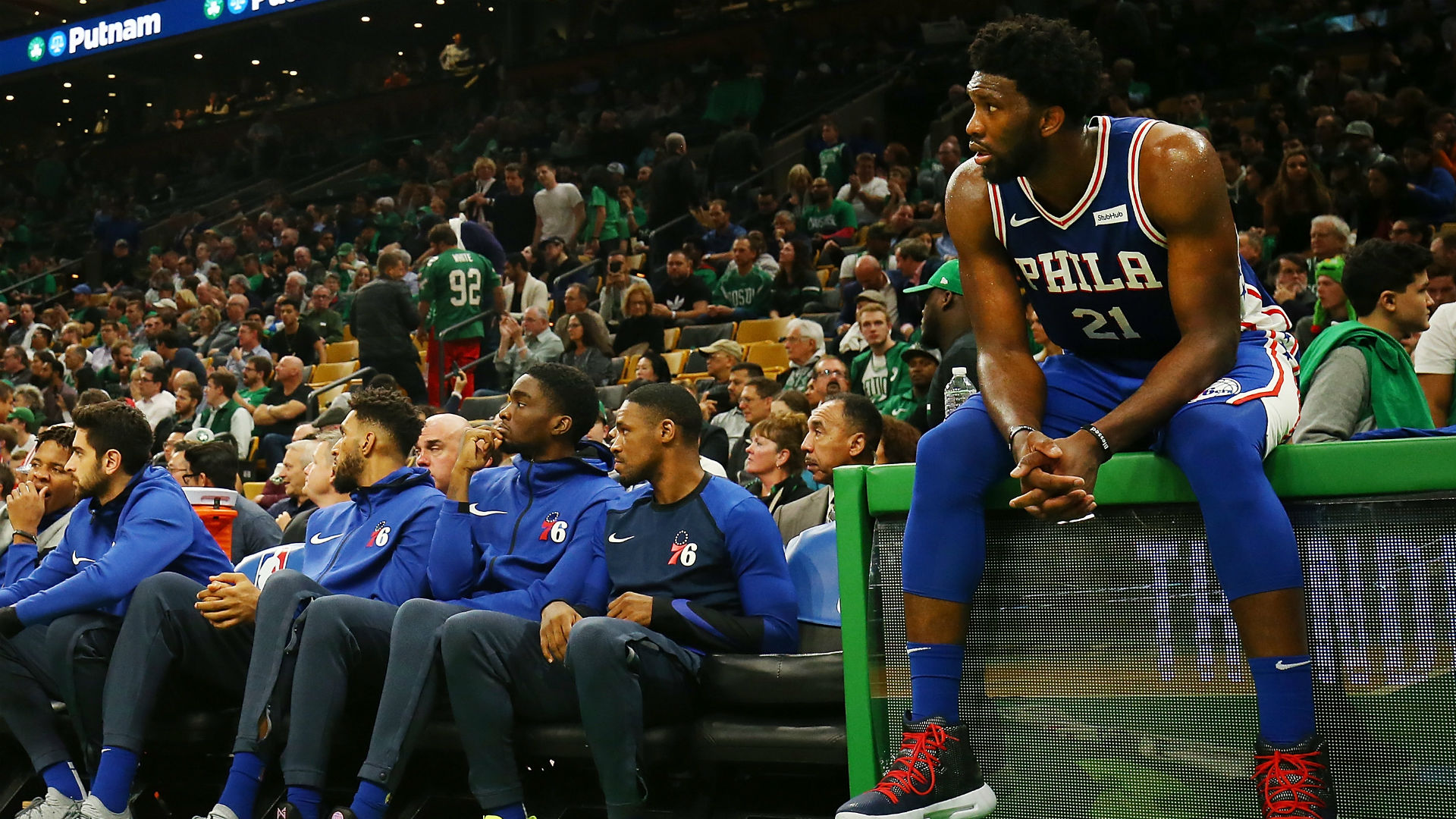 With Jimmy Butler again angling to get out of Minnesota, the Heat are biding their time. There’s little chance that — whether it’s a deal involving Butler or not — this roster remains the same when the trade deadline approaches.

Frustrated Timberwolves fans will be happy to know that Butler is working to get himself traded and finally get the team out of its conclave of controversy. But how are they going to feel when it’s Derrick Rose who takes over as the team’s offensive leader?

The Lakers have allowed 50 percent shooting or better in four of their eight games this year. Last year, it happened 19 times, or in 23.2 percent of their games. They’re giving up 26.4 free-throw attempts per game, 29th in the NBA.

It’s a good sign that, despite the early struggles, five of Brooklyn’s first eight games have been decided by two possessions or fewer. They’re 2-3 in those games. 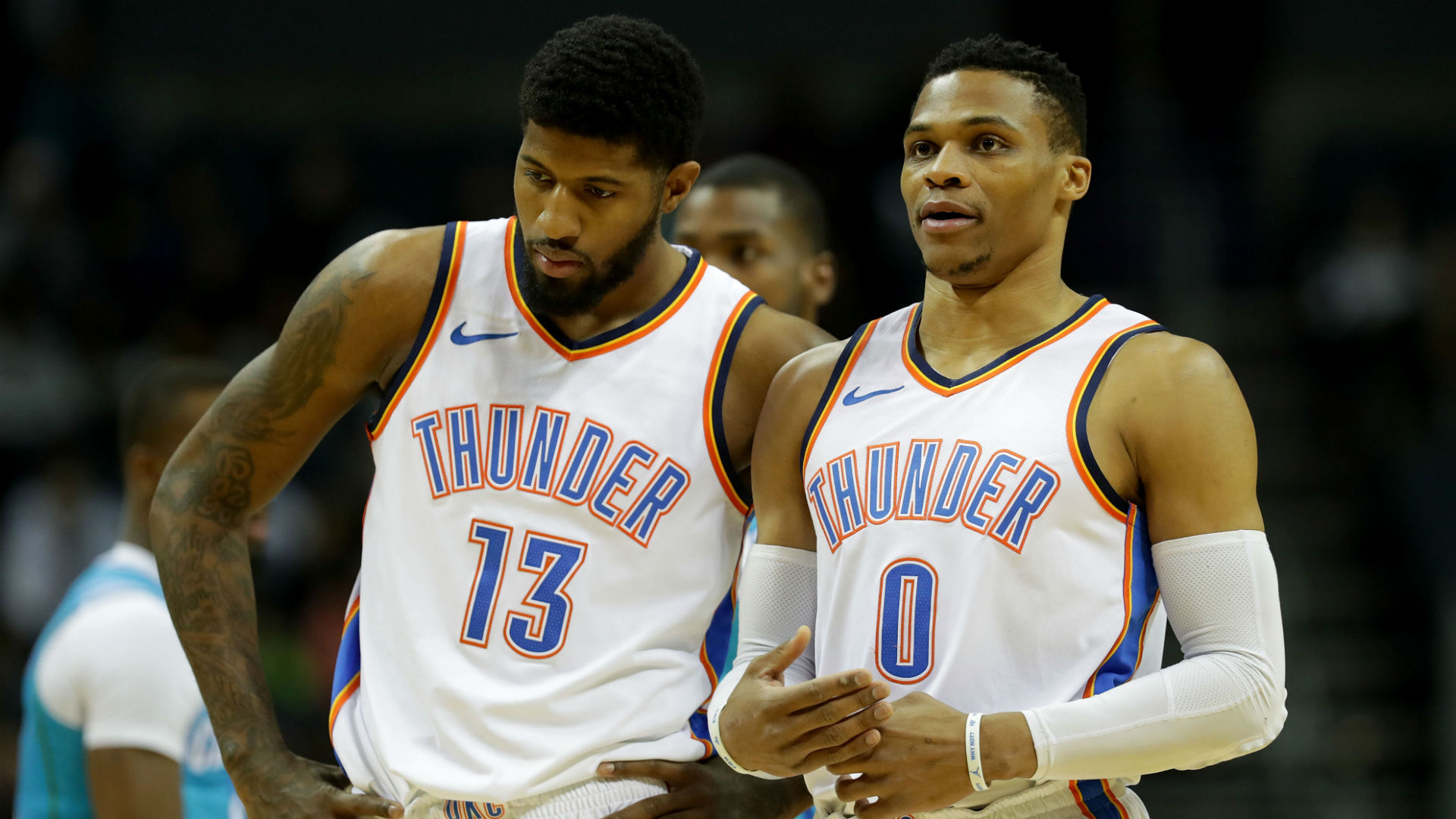 OKC ranks second in the league in in shots attempted per game, at 93.8. But at 47.2 percent, they also have the second-worst effective field-goal percentage. That’s a lot of missed shots.

Only three of the Knicks’ first eight games have come on the road, and they’ve lost all three. That doesn’t bode well for a team that plays 13 of its next 17 away from the Garden. 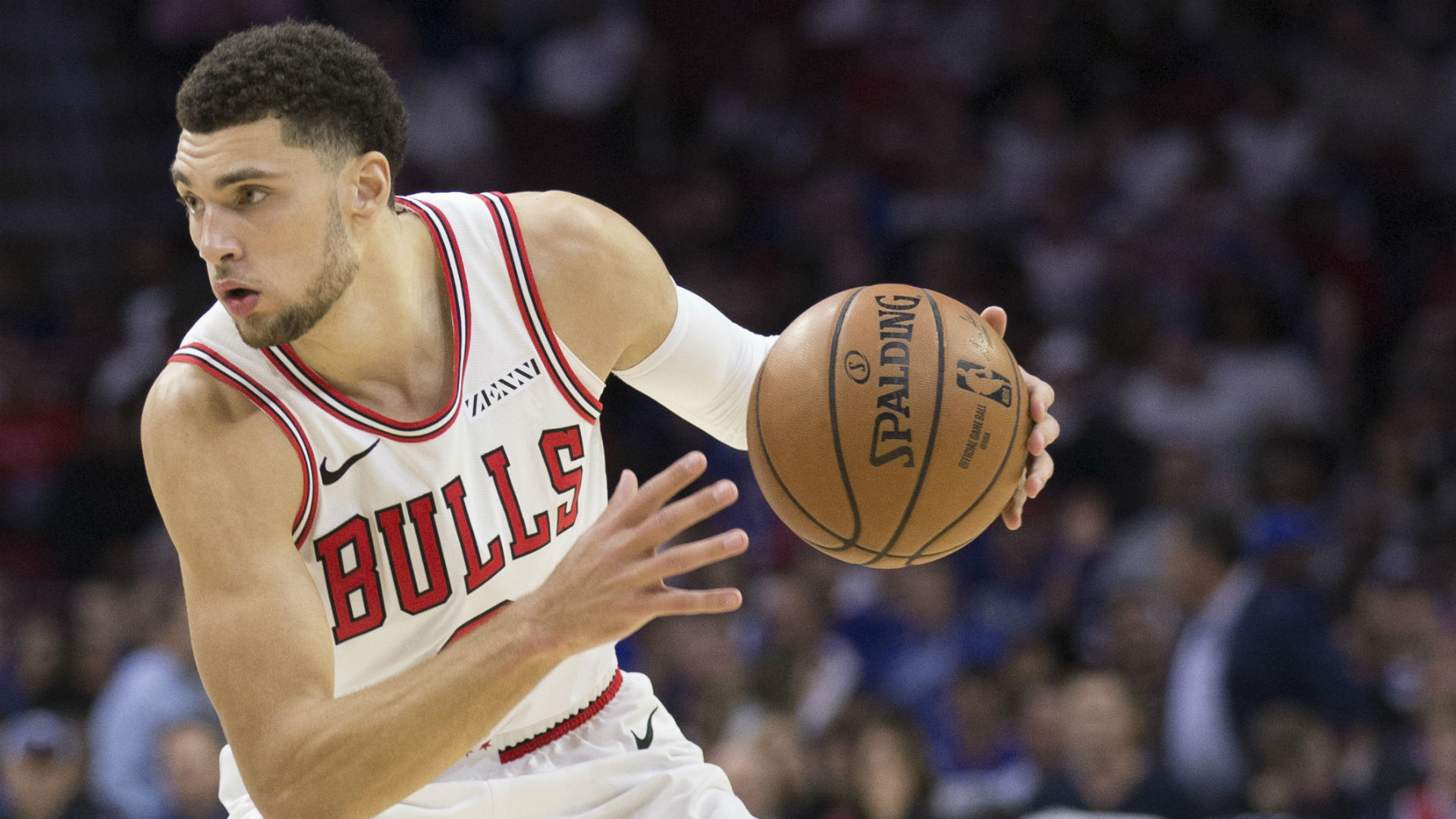 Eight games in, and Zach LaVine has a pretty good case for the league’s Most Improved Player award. He’s healthy (for now), and has established himself as a clear-cut No. 1 scorer. LaVine is averaging 28.1 points, shooting 51.0 percent from the field and 38.0 percent from the 3-point line.

It was expected that Trae Young, as a rookie point guard, would turn over the ball a lot — he’s averaged 3.0 per game. But he’s not alone. Four Hawks are averaging more than 2.0 turnovers per game, and three rank in the league’s top 50. Atlanta has the second-highest turnover percentage in the league, at 17.2.

The Wizards have the third-worst net rating in the league (minus-9.9) and are already sniping at each other over agendas and shots. It appears that Marcin Gortat was not really the problem. Oh, and Dwight Howard has not even joined this mix yet, either.

Dan Gilbert has given out bad contracts to coaches almost as a habit. Why he’s decided to play hardball with Larry Drew — who could be key to salvaging this season — is a mystery.

Wins? Well, no. But the offense has been much more focused on ball movement, and it shows in the numbers. Phoenix is No. 2 in the league with a 66.4 assist percentage. Last year, the Suns were 27th at 55.3 percent.

Lakers dominate Heat for 1st NBA title in a decade 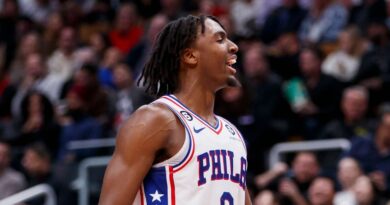 Maxey has career-high 44; Embiid (knee) out