Home » NBA » NBA Rookie of the Year watch: Which players could leapfrog Ja Morant after injury?

Ja Morant’s explosive NBA skill set pushed him to the front of Rookie of the Year talk over the first two months of the season, but a recent injury flare-up will keep him out for at least a week or two.

Morant tumbled into a courtside camera on Nov. 25 after attempting an acrobatic layup. While he returned to action later that game and played against the Jazz on Friday, lingering back spasms worried the Grizzlies enough to shut him down.

Here is the play in which he appeared to experience the injury:

And here is a statement from Memphis on Saturday that lists Morant as “week-to-week” moving forward. He did not travel with the team on its trip to Minnesota.

Morant, who is averaging a rookie-high 18.6 points and 6.4 assists per game, tweeted in frustration about the circumstances of his setback after the Grizzlies announced he would be held out.

Even if Morant only missed half of December, the NBA’s Rookie of the Year conversation could shift. Already, several candidates have inched closer behind him in the chase for the honor, and they will have the opportunity to burnish their cases in the upcoming weeks.

Here are the five rookies who, as of Dec. 1, seem most likely to win Rookie of the Year — if Morant doesn’t claim it:

NBA Rookie of the Year candidates

Yes, an undrafted player could vault into the top Rookie of the Year spot this month. Nunn has been a godsend for the Heat after signing over the summer following a G-League stint last season. Jimmy Butler, Goran Dragic and Justise Winslow (often an offensive facilitator) have missed significant time with injuries, but the Heat (13-5) have remained mostly dominant thanks to their new diamond-in-the-rough guard. Nunn, slightly undersized at 6-2, has compensated for his shortcomings with on-ball speed and great outside shooting (39.8 percent from deep). Being a vital piece of a team that actually wins games — uncommon among ROY candidates — puts him in a good spot to compete for the hardware. He has certainly earned a spot in the Miami rotation and should continue getting minutes, including semi-regular starts. If he keeps hitting his long-range jumpers at a high clip, he will become a mainstream name soon enough.

Barrett, picked No. 3 overall by New York, is in many ways the opposite of Nunn. He played college ball for one season at Duke, not a four-year combination of Illinois and Oakland. He has been in the national spotlight since he was a teenager, not so off the map that 29 teams passed on him. With top Pelicans pick Zion Williamson still out, he is supposed to be Rookie of the Year. Barrett will be able to play all the minutes he can handle on a woeful Knicks team, which in the long run should boost his scoring average past Nunn. He can also certainly put on a show when his team gets out in transition. The problem for him is efficiency — taking more than 15 shots per game to average around 15 points is ultimately not very valuable to the Knicks. He needs to cut into his reputation as a volume chucker in order to be a serious ROY contender, something he still has plenty of time to work out.

Like Nunn, Paschall has emerged from obscurity to put up well-rounded numbers early this season (he was a second-round pick by Golden State). Like Barrett, Paschall is playing for an abysmal team. So long as the Warriors are depleted by injury, Paschall should get enough on-court time to develop further, and that alone will make him a dark horse candidate to take Rookie of the Year honors. It might help to have teammate Draymond Green, a fellow second-rounder, in his ear throughout the campaign. Paschall looks like a genuinely good NBA player, passing the eye test in large part because of the solid decision-making he possesses. He just might struggle to gain national recognition considering his lack of draft hype and the bottom-dwelling squad for whom he plays.

If Clarke were playing more than the 21.8 minutes per game he is currently averaging, he might lead this list. The Gonzaga product has been efficient in almost every facet of the game, from absurd shooting numbers to sturdy defense. The Grizzlies have taken it slow with him while trying to mesh the core of their rebuild. Perhaps Clarke will see his responsibilities expanded with Morant out, but until we actually see that happen, it’s difficult to see Clarke as more than a fringe Rookie of the Year vote-getter.

Hunter has not been close to consistent enough to headline Rookie of the Year debates, but flashes of greatness this season have suggested he could be a second-half breakout candidate. Plus, rookie teammate Cam Reddish has struggled to overcome injuries, giving Hunter extra time on the wing to improve. Hunter has played at least 35 minutes in five of the past six contests, and in one of those games, he shot 10 of 17 to score 26 points. Hunter needs to be more than a once-a-week offensive threat to be in consideration, of course, but in a high-octane Atlanta lineup in which Trae Young regularly draws traps from opponents, the forward should have openings to grow his game.

NOTE: Zion Williamson was not included because he has yet to recover from his preseason knee injury. He will be considered a candidate upon his return. 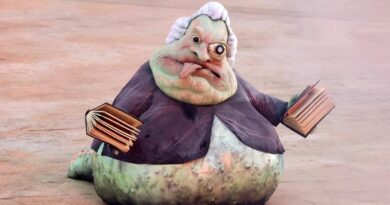