The Philadelphia 76ers began the eight-game slate with a 109-99 victory over the Detroit Pistons in a game that they never trailed. Center Joel Embiid led the way with 39 points and 17 rebounds for Philadelphia.

Elsewhere, the Boston Celtics are really hitting their stride after a slow start, having won four straight. They’ll tangle with the Indiana Pacers, who figure to be a playoff team once again this season.

The nightcap features a very intriguing matchup between the San Antonio Spurs and New Orleans Pelicans. DeMar DeRozan has been playing some of the best basketball of his career and will look to lead the Spurs to their fourth straight victory.

To finish off the slate, LeBron James and the Los Angeles Lakers face a Portland Trail Blazers team that is off to a 6-2 start. With head coach Luke Walton potentially being on the hot seat, the Lakers will certainly be a team to watch over the next few weeks.

Here’s all you need to know for Saturday’s action.

We’ll keep you updated with key highlights and updates throughout all the Saturday action.

The Sixers superstar connection was thriving in the first half against the Pistons. Ben Simmons didn’t even need to get across the timeline before lobbing a pinpoint alley oop to Joel Embiid:

Embiid made sure his presence was felt early and often as Philly exacted revenge after Detroit took the win in their first meeting.

The Boston Celtics are really beginning to hit their stride after dropping two of their first four games to start the season. Boston is coming off a 117-113 win over the Milwaukee Bucks in which they shut down Giannis Antetokounmpo in the final minute. The Celtics have won four consecutive games dating back to a 101-95 victory over the Oklahoma City Thunder on Oct. 25. Standing in the way of their fifth straight win is an Indiana Pacers team that added Tyreke Evans in the offseason and has won six of their first nine games this season.

The Los Angeles Lakers have been one of the more scrutinized teams in the NBA after signing LeBron James over the summer. After a 3-5 start to the season, president Magic Johnson met with head coach Luke Walton to address the team’s poor offensive approach. The Lakers are coming off a narrow win over the Dallas Mavericks earlier in the week and will look to right the ship against a Portland Trail Blazers squad that defeated Los Angeles in their season opener last month. 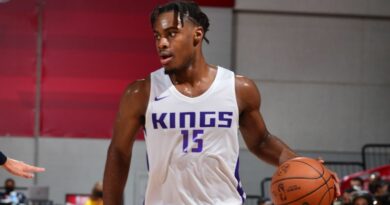 How will Davion Mitchell and Aaron Nesmith fit into the rotation when the real season tips? 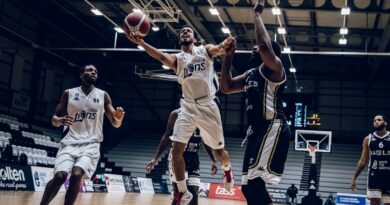