Home » NBA » NBA scores, highlights, updates: Kawhi Leonard back as Raptors battle 76ers; Rockets look to get back on track

Welcome back to another night of NBA action. Once again there will be plenty of games to choose from, as we’ve got eight in store on this Tuesday night, including a number of intriguing matchups.

In the Eastern Conference, the Raptors will look to bounce back from their first loss of the season when they take on another of the conference’s elite teams, the 76ers. Additionally, the Pistons will try to get revenge for the blowout loss they suffered to the Celtics last week when the two teams meet in Boston.

Later on, there are a few interesting Western Conference showdowns, highlighted by a Trail Blazers-Rockets matchup that will be a big test for a Houston team looking to get back on track.

Here’s everything you need to know about Tuesday night’s games.

Raptors try to bounce back from first loss

With Kawhi Leonard sitting out, the Raptors suffered their first loss of the season on Monday night, falling to the Bucks. Now, they’ll have another tough test, as they head back home to take on the young Sixers. This time Leonard will be in the lineup, which is good news for them, as the Sixers have plenty of talent themselves. This one should be pretty fun. 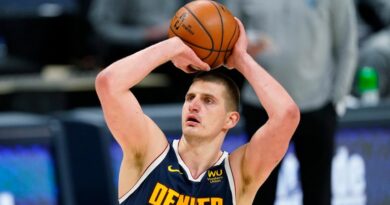 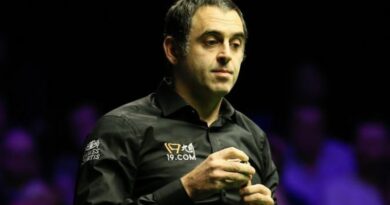 For referee officiating his first NBA Finals, the assignment is a ‘heart-racing moment’