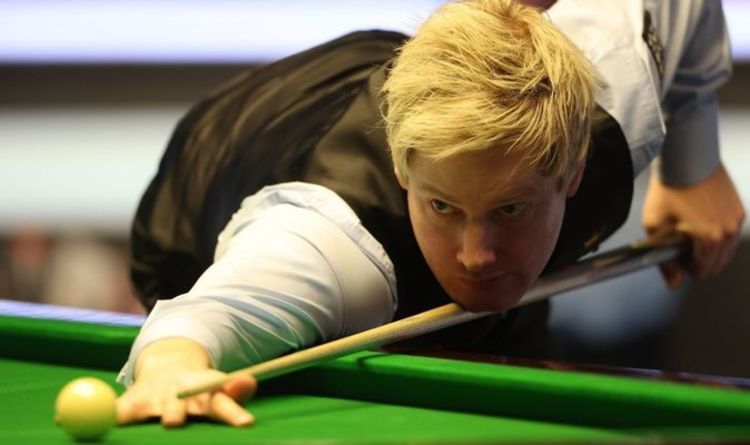 Neil Robertson and Barry Hawkins go head-to-head in the Masters snooker final this afternoon. Robertson fought back from 4-1 down to win a thrilling final-frame decider against Mark Williams yesterday. The Australian got two snookers in the finale to clinch the win 6-5, while Englishman Hawkins also won a dramatic clash 6-5. He dispatched Judd Trump to set up a winner-takes-all match with Robertson at the Alexandra Palace this afternoon.

World number four Robertson boasts a career total of 21 ranking titles, and has won at least one professional tournament every year since 2006.

The former world champion, however, once admitted both his personal and professional life had been affected by addiction.

Speaking to Eurosport four years ago, he confessed he had become “addicted like hell” to video games.

He knew things had to change when he was staying up all night to play video games rather than focusing on his snooker practice the next day.

He said: “The years I had the 100 centuries, I should probably have had around 120 because I got addicted like hell to Fifa 14.

“I was obsessed with winning the title against other players. I’d get up in the morning to take Alexander to school, then turn on the Xbox thinking, ‘I’ll just have one game with a cup of coffee to wake myself up’.

“Before you know it, it is 2pm in the afternoon. It’s then too late to go to the club to practice because I’ve got to pick Alexander up from school.

“That really affected the second half of my season. I wouldn’t say I would have won a lot more tournaments if it wasn’t for video games but I think I would have given myself more opportunities to go further in other events.”

He also found himself addicted to World of Warcraft — a massive multiplayer online (MMO) game.

He joined a “raid team”, and played with this team a few nights a week.

Robertson recalled a tournament in China where internet connection was so bad that he could not play.

He said: “All I was thinking about was getting back home for a connection from China.

“I lost my spot on the team, and all of a sudden that became more important than the snooker which is absolutely crazy.”

Sitting in front of a screen for “six, seven or eight hours straight” was affecting his personal life.

His wife, Mille, could not stand it. He explained: “Mille absolutely hates it.

“League of Legends is banned in my house. And rightly so. It is just awful.

“If you are a single guy, and work in a normal job, you can get around it.

“But you can’t win professional snooker matches when you are tired.”

Such games, he said, are “designed to take over your life” and he was determined to change that.

He gave up the games in 2017 and has not touched them since.

He told Eurosport at the time: “I’m two months sober if you like from playing them.

“My friend said to me, ‘You don’t get to choose the crack you are addicted to’.

“And the multi-play online ones I can’t touch because I just get too hooked on them.”

Robertson admitted his video game addiction taught him a life lesson, and ensures he takes his son outside and to the park each day after school.

He said: “It is really sad to see that there are no longer any kids playing at the park.

“Empty goals, empty basketball courts and empty snooker halls when you think about it.

“They’re all at home playing computer games. They’re designed like that for the kids and on a side note, I think it is important for parents to keep the iPads away from kids if you want them to develop healthy life habits.” 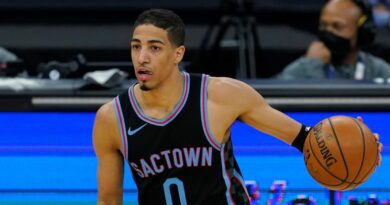 LeBron: ‘We got a feel for’ Rockets’ speed in loss