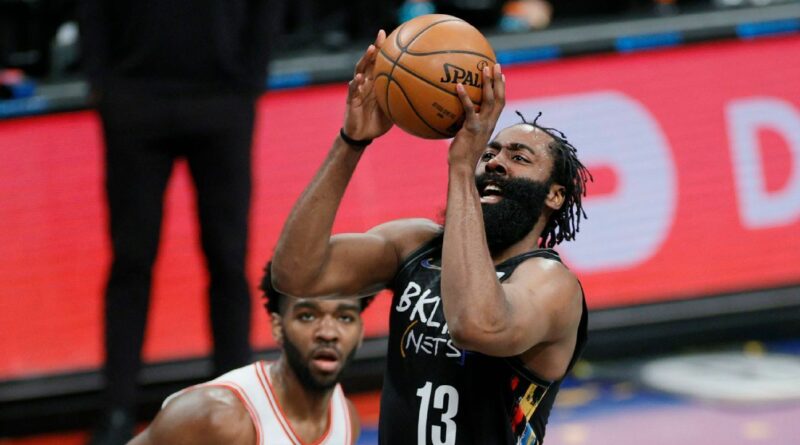 NEW YORK — James Harden and Jeff Green have been ruled out for Game 3 of the Nets’ series against the Milwaukee Bucks on Thursday.

On Wednesday after practice, coach Steve Nash and Green floated the possibility that Green could return as early as Game 4 on Sunday. When asked when Harden might be available to play, though, Nash said he couldn’t “set a time on it yet.”

“He’s progressing nicely as well,” Nash said of Harden. “So we’re optimistic that we can have him back at some point.”

Harden officially played 43 seconds of the Nets’ first game against the Bucks on Saturday. In the opening stretch, he drove toward the basket and came away from the play gripping the back of his right hamstring. The Nets called a timeout, and Harden immediately went back to the team’s locker room. He was diagnosed with what the team is calling “right hamstring tightness.” Nash said that Harden’s MRI revealed no structural damage.

Game 3 will be the second consecutive game Harden has missed. Nash said on Sunday that Harden has “high hopes” and wants to “be back ASAP” but added that the team needs to balance its desire to have Harden back with protecting the All-Star guard from any longer-term injury. Harden previously missed 18 games in the regular season with a right hamstring strain and two games with right hamstring tightness.

Green, who spoke to reporters for the first time since straining his plantar fascia in Game 2 of the Nets’ first-round series against the Celtics, said that he has been dealing with plantar fascia issues all season. When he caught a lob from Harden in the game against Boston, however, he landed awkwardly. Since then, Green said his foot has been sore and he has struggled to plant and cut on the court.

Green says he is now able to run more comfortably, but he is not participating in practice yet. Cutting, which is a large part of his game, is still difficult. Green likened the discomfort to having a “really, really bad strained ankle, but on the bottom of your foot.”

“I hate being out,” Green said. “Like James [Harden] always says, he always takes pride in being available for his teammates, and I’m the same way. And it’s painful being out. That’s why you see me on the sidelines up every play trying to be a voice from the sideline, but not physically being out there is tough.”

The Nets head into Thursday’s game leading the series 2-0.

NBA jersey quiz: Can you identify the player from their jersey alone?