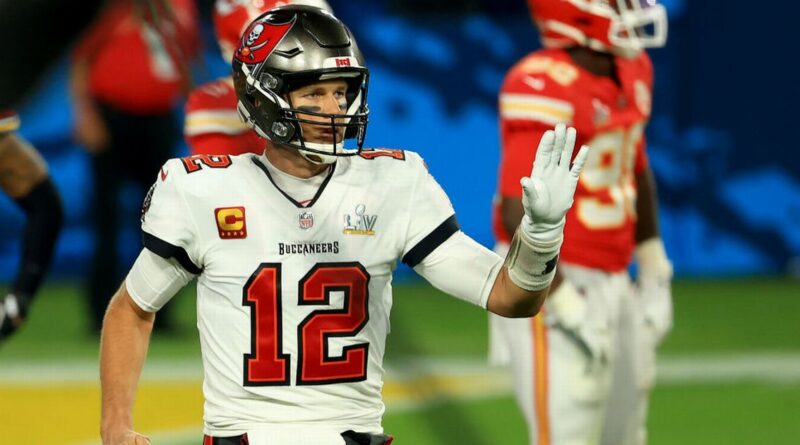 Brady led the Tampa Bay Buccaneers to victory over the Kansas City Chiefs in his debut season in Florida.

And having seen the Bucs upset the odds to stop the Chiefs from going back-to-back, many believe Brady should bow out on a high.

One posted on social media: “Nice job Brady…now retire on a high note and let somebody else win one.”

Another put: “Brady will retire on a high note. There really is no reason for him to keep playing.” While a third agreed, writing: “Brady should retire after this successful season. He proved he was the goat, proved he could do it somewhere that wasn’t NE and beat the next best QB. Go out on the high, ride off into the sunset and then name the trophy after him.”

One more thinks both Brady and Gronkowski should hang up their cleats, putting: “Brady and Gronk gotta retire after this it’s time. Go out on a high.”

With another putting: “Brady could clearly play another season but it's gotta be tempting to retire on such a high note if they finish this game off.” Brady had said this week that he is eager to continue playing until the age of 45.

Asked if he is open to extending his career beyond that age, the QB said: “Definitely. I’d definitely consider that.

““It’s a physical sport. Just the perspective I have on that is you never know when that moment is. Just because it’s a contact sport.

“There’s a lot of training that goes into it. And it has to be 100 per cent commitment from myself to keep doing it.”

The Clippers are facing their first superteam trial