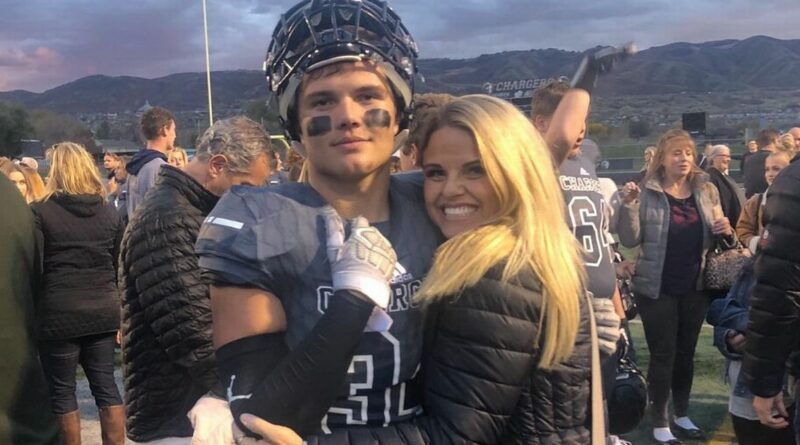 The mother of New York Jets quarterback Zach Wilson was the recipient of vile online messages after her son's side was beaten by the Carolina Panthers.

Wilson, 22, burst into the spotlight when he was selected second overall by the Jets in the 2021 NFL Draft. He signed a four-year deal worth $35.15 million, which also featured a $22.9 million signing bonus and a fifth year option.

After impressing in pre-season, his NFL debut ended in defeat as despite dominating the second half, the Jets went down 19-14 away to the Carolina Panthers. Rookie Wilson finished the game with reasonable statistics of 258 yards passing, two touchdowns and an interception, though he was sacked six times.

His mother Lisa, a self-proclaimed fitness fanatic who until now has proved popular with NFL fans, later took to Instagram to share a number of abusive messages she'd received in relation to her son's display.

"Your son is a**," wrote one, to which she replied: "Praying for your angry hateful heart!"

"Praying for your son to get better at f**king football!" was the response.

Another unsavoury exchange unfolded when she was asked: "Real talk though, why (is) your son so dog sh*t at football?"

"I hope you can find happiness!" she added, before writing: "Hate is so toxic" as her caption to a screenshot of the exchange.

The mother-of-six has nearly 40,000 followers on her account but her son, who represented Brigham Young University at college level, has previously offered her money to come off social media, citing the unwarranted abuse she was receiving.

Will Zach Wilson enjoy a successful career in the NFL? Let us know what you think in the comments section.

After Sunday's game Robert Saleh, in his first game as the Jets head coach, said he felt Wilson had made a promising start and will only improve as the season goes on.

"He's only going to get better from this," Saleh said.

"There were so many missed opportunities, even on his end, with regards to just letting it rip and getting the ball out. Even on his interception, he just didn't put the zip that he needed to put on it.

"The worst-case scenario, the corner was in great shape, he probably would've batted it down anyway. But he tossed up a lollipop. So a lot of great things for him to learn off of."