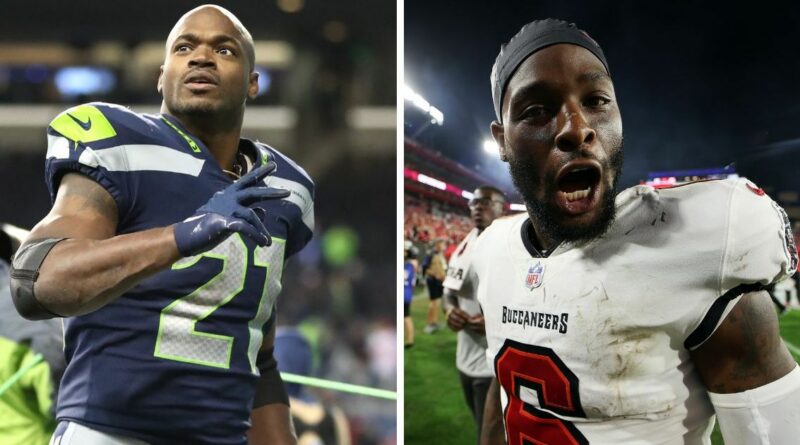 NFL duo Adrian Peterson and Le’Veon Bell will be the latest stars to foray into the new world of celebrity boxing as they inked contracts for a heavyweight exhibition bout in Los Angeles next month.

According to ESPN, the former All-Pro running backs will compete in a boxing ring for the first time when they face off at Crypto.com Arena – the home of NBA franchises Los Angeles Lakers and Clippers – on July 30. However, the fight is an exhibition and, while it will grant them experience, should they continue to venture into an in-ring career it will not mark their pro boxing debuts.

The fight between the 2012 NFL MVP and Bell, a three-time Pro Bowl back who starred with the Pittsburgh Steelers, will be on the undercard of the event called Social Gloves 2. It is promoted by YouTube’s Austin McBroom.

READ MORE: Jake Paul mocks Tyson Fury for getting crowd to call him a "p****" with TikTok

The main event will feature McBroom facing fellow content creator AnEsonGib, who has already faced and been knocked out by Jake Paul. Remarkably, former NBA player Nick Young will meet rapper Blueface in another clash on the undercard.

As neither player has signalled their NFL careers are over, both Peterson or Bell could head to NFL training camp after the fight. However, this appears to be an unlikely scenario given neither player received interest from franchises during the offseason program which features roster sizes of 90 players – considerably more than the official 53-man roster submitted for the start of the season.

Peterson is a former MVP and two-time NFL rushing touchdowns leader who is ranked fifth on the league’s all-time career rushing yards list. Currently a free agent, the 37-year-old played for both the Tennessee Titans and the Seattle Seahawks last season, while he plans to eventually retire as a member of the Minnesota Vikings – the team that drafted him back in 2007.

Do you think Le'Veon Bell or Adrian Peterson will win the clash of NFL icons? Let us know in the comments section.


Bell is also a free agent after the 30-year-old played eight games last season, splitting time between the Baltimore Ravens and the Tampa Bay Buccaneers. Bell has also appeared for the Kansas City Chiefs and New York Jets in his career, as well as the Steelers.

The surprising news continues the current trend of high-profile athletes and social media stars entering the ring in an attempt to go viral and earn money, with YouTuber Jake Paul headlining the group. Another All-Pro NFL running back Frank Gore clashed with NBA All-Star Deron Williams in an exhibition bout on the undercard of Paul and Tyron Woodley’s second clash.

Gore has since made his pro debut, winning via fourth-round knockout in May.