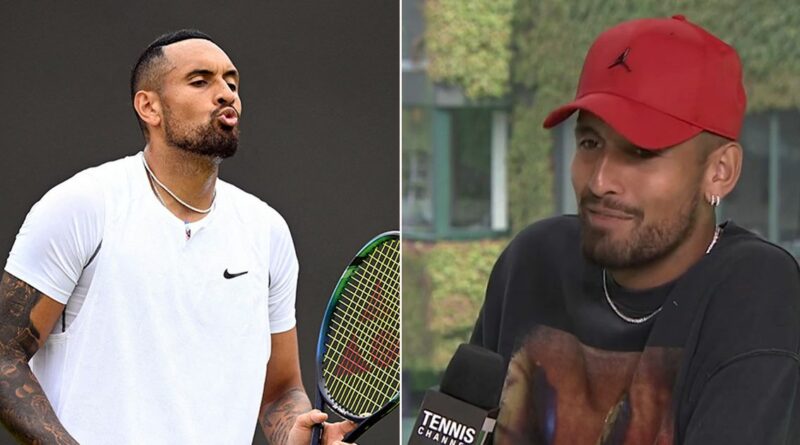 Tennis bad boy Nick Kyrgios had admitted to throwing tennis matches due to being "in a pretty bad mood" if his favourite basketball team has lost.

The Aussie sensation, 27, is a known lover of the Boston Celtics, who lost the NBA Finals Series 4-2 to the Golden State Warriors. Kyrgios was back on court for his second-round Wimbledon match against 26th seed Filip Krajinovic on Thursday (June 30), defeating the Serbian in straight sets.

In an unnaturally calm nature, Kyrgios – banned from centre court for spitting at a fan in his first-round contest – despatched Krajinovic 6-2, 6-3, 6-1 to set up a third-round clash with Stefanos Tsitsipas. But unfortunately for the world no.5, the basketball season has finished.

"I've literally thrown tennis matches if they've lost in like, double-overtime," Kyrgios told the Tennis Channel, following his victory over Krajinovic. "If someone plays me and they know the Celtics have lost, that's your chance. That is for sure your chance, to play me on that day.

"Unlucky for Stef [Tsitsipas], the [NBA] season is over. I literally watch live streams, everything. I barely miss a game and if they lose I am in a pretty bad mood."

HAVE YOUR SAY! Have you ever downed tools because your team lost? Let us know in the comments section below.

Despite a clear affection for basketball, Kyrgios has constantly stated he has a love-hate relationship with tennis and would not rule out an early retirement from the sport. "Definitely this is my last event of the year [outside of Laver Cup]," he said. "I don't know how much longer I will be around tennis.

"I'm not going to lie, I think this is my last year I will probably play Laver Cup. There's an amazing amount of talent around the world.

"As long as I'm on the court, I will try and give my best, but I'm not going to lie and say that I'm going to plan to play four, five more years on tour. That's just not me." 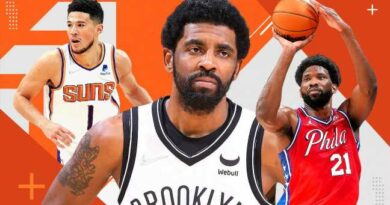 NBA Power Rankings: Where do the Nets and Sixers rank after a blockbuster trade?

Embiid out for Game 3 due to left knee soreness