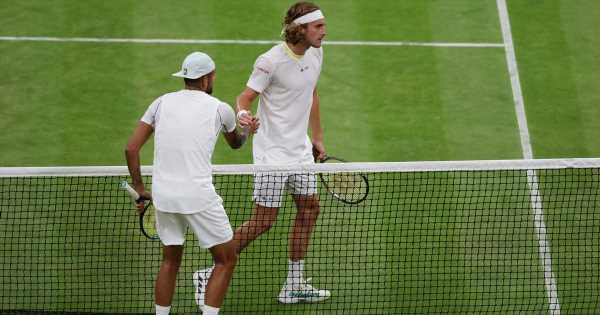 The controversial Australian 40th seed was victorious over the Greek world number four on Court One in a heated battle which saw both men cautioned by French umpire Damien Dumusois. Tsitsipas also appeared to take aim at his opponent on two separate occasions.

But Kyrgios only had positive things to say about him in his post-match interview after they'd shook hands at the net. He told the BBC: "Honestly, it was a hell of an atmosphere. I felt like a favourite coming in, I played him a couple of weeks ago.

READ MORE: Tsitsipas aims ball at Kyrgios – and gets away with hitting ball into crowd

"I knew it was going to be a tough match, he's a hell of a player, I had my own tactics out there. He knows how to play me, he beat me once, and obviously I've had success.

"It was a hell of a match. I'm super happy to be through. He was getting frustrated at times, it's a frustrating sport for sure.

"You all think that you can play but it's very frustrating so I've got ultimate respect for him. Whatever happens on the court stays on the court, I love him and I'm close with his brother."

How far will Kyrgios go at Wimbledon? Give us your prediction in the comments section below

Kyrgios was given a code violation for foul language in the first set after a line judge called out before that decision was subsequently overturned. Tsitsipas then saw red after being pegged back to a set each, firing a ball away which narrowly missed two crowd members.

He was only given a code violation, which infuriated Kyrgios who felt he should be defaulted – just like Novak Djokovic was for hitting a line judge at the 2020 US Open.

Tsitsipas survived but was then given a second code violation and a point deduction for again smashing the ball in frustration after Kyrgios won a point with his second underarm serve of the match.

His anger did not subside as he twice hit shots in Kyrgios' direction, the second of which hit the intended target. But Kyrgios had the last laugh as he took back-to-back sets to progress to the fourth round. 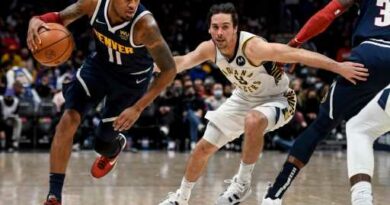