As Jamal Murray rested his surgically-repaired knee, another Nugget took up the crucial role of Celtics irritant: Bones Hyland.

Denver’s spirited backup guard didn’t shy away from Boston forward Jaylen Brown when the All-Star confronted him several minutes into the fourth quarter, frustrated that Hyland had knocked him to the ground. Emboldened by their collective effort on both ends of the court, the Nuggets handled their business Sunday night and knocked off the visiting Celtics, 123-111.

The win took a little longer than expected, which was unfortunate because a back-to-back in Minnesota on Monday awaits them.

The fourth quarter was delayed by more than a half hour after Boston’s rim needed re-alignment. Nikola Jokic did wind sprints, Christian Braun took photos with fans and arena operations utilized everything in its arsenal to kill time until mechanics could solve the issue. Both teams ran through layup lines with 6:43 left in the fourth quarter until the game could resume.

“That was like a buzzkill,” said Nuggets coach Michael Malone, who admitted his concern grew as the delay dragged on. “… ‘Is this gonna kill our momentum?’”

It didn’t, thanks to the two-time reigning MVP. Jokic authored his NBA-leading ninth triple-double of the season, finishing with 30 points, 12 rebounds and 12 assists. After the extended delay, Aaron Gordon punctuated the win with an alley-oop to cap his strong night. Gordon finished with 18 points, six rebounds and seven assists as Denver improved to 24-12 on the season and 14-3 at home.

They did it, first and foremost, with defense. Jayson Tatum scored 25 points but was harassed, incessantly, by Bruce Brown, Kentavious Caldwell-Pope, Gordon and Braun. Brown, starting in place of Murray, finished with 21 points and four 3-pointers.

“I definitely look forward to (these games), just me being there, me growing up a Celtics fan,” Brown said.

Boston’s Brown finished with 30 points, and his adversary, Hyland, had 17 off Denver’s bench.

“I got love and respect for Jaylen Brown,” said Hyland, who chalked the sequence up to competitiveness.

Denver’s 3-point parade continued well into the third quarter. Michael Porter Jr. connected on two, Brown drained two more and even Jokic got into the act. That offensive efficiency, produced by unselfish passing and quality spacing, kept Denver’s attack humming. As a team, the Nuggets hit seven 3-pointers in the quarter. But defensively, they didn’t relent.

The closeouts remained stifling, and their physicality never waned. Even as Tatum trudged a path to the free throw line, at least the Celtics’ star felt Denver’s presence. Hyland carved a fancy layup to end the third, and the Nuggets carried a 98-85 lead into the final quarter.

Malone has gotten used to fielding questions about Jokic’s third consecutive MVP campaign, but he had little interest in indulging the topic prior to Sunday’s marquee matchup.

Asked specifically whether his two prior awards could preclude him from a third straight, Malone said that any voters who used that logic were just being “lazy.”

Regardless of whatever New Year’s celebrations the Nuggets did or did not take part in, Malone insisted his team needed energy against the Celtics. It hadn’t been there in their first meeting back in November, and to contend with last year’s Eastern Conference champion, it was a prerequisite.

“You’re trying to guard a great 3-point shooting team that has two players in Tatum and Brown that are just playing lights out,” Malone said prior to the game.

Denver’s 62-54 halftime lead was built on the stout, stingy and physical defense Malone wanted. Though Brown scored 18 for the Celtics, Tatum was limited to just 14 points on inefficient shooting with three turnovers. It was a collective effort, from Gordon, to Brown, to Caldwell-Pope to Braun that helped contain Boston’s franchise cornerstones.

The Celtics managed just 3 for 19 from 3-point range in the first half in a further testament to Denver’s effort.

Jokic led all scorers with 20 points, punishing Boston’s smaller frontcourt. Gordon, the beneficiary of an electric alley-oop lob from Jokic, had 12 points and seven assists in the first half. 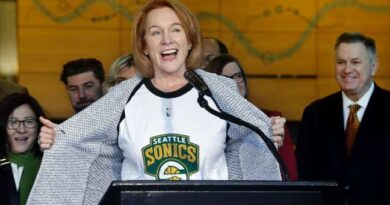 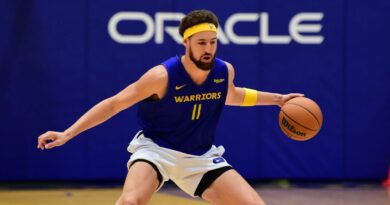