Wednesday didn’t erase the sting of last week’s gut-wrenching collapse against the Clippers, but it was a meaningful – and dramatic – step in the right direction.

The Nuggets fought back from their own double-digit, second-half deficit and exacted some satisfying measure of revenge, surviving 130-128 to take down Los Angeles in overtime.

Nikola Jokic saved 11 of his 49 points for overtime. He banged the glass, knocked in tip-ins and wrestled control of the game in front of a national TV audience.

“That was an incredible game,” Nuggets coach Michael Malone said. “You tell me. If Nikola Jokic isn’t the MVP, then who is?”

His signature moment came with 2.2 seconds left in OT, when the Clippers sent a double-team and Jokic whipped a pass to Aaron Gordon in the corner. Gordon was ready and buried the massive 3-pointer to the elation of the crowd.

“That guy can beat you with his passing, his scoring, his rebounding, and that last pass to Aaron not only wins the game but gives him his 10th assist on the night,” Malone said.

At halfcourt, Jokic unleashed a primal scream. Caught up in the moment, Nuggets reserve Davon Reed bolted onto the court and got a technical foul for the celebration. Fortunately, it didn’t matter.

Reggie Jackson missed the halfcourt heave, and the Jokic’s masterpiece was secure. With 14 rebounds and 10 assists to go along with his overpowering offensive performance, Jokic turned in his 10th triple-double of the season.

Gordon set the tone for a raucous third quarter with his physical and imposing defense. After the Clippers built a 71-57 lead, Gordon and the Nuggets buckled down. His sticky defense helped quell Jackson, while Jokic pummeled the Clippers inside. With consecutive Euro-steps and numerous bruising blows, Jokic accounted for 17 points in the quarter alone. His singular dominance fueled a 24-10 run over the final 9:03 of the quarter that invigorated a feisty crowd.

Shortly after Clippers guard Terance Mann picked up a technical foul from Los Angeles’ bench, Jokic did the same. He was livid when he didn’t get a foul call on a second-chance layup and let the official hear it. The only reason he stayed in the game was because Nuggets coach Michael Malone intervened.

Minutes later, a soft, friendly bounce on a Gordon jumper sent the game to the fourth tied at 81.

For weeks, Malone has seen the creative schemes opponents have thrown in Jokic’s direction.

“It’s not just the Clippers,” Malone said. “Every team that we’ve played has gone small, switched everything, tried to front him, so this is not unique to the Clippers. It is really a league-wide mandate in guarding Nikola.

“We spent time talking about it, watching film, walking through it, drilling it yesterday in practice,” Malone said. “We cannot become just so obsessed with Nikola touching it because now four other players are just standing around and we become even that much easier to guard.”

Amid the run, Jackson buried several 3-pointers and then blew kisses to the crowd while momentum swelled. Former Nugget Isaiah Hartenstein offered a primal scream after a two-handed jam, and the Clippers took a 59-47 lead into the break.

Only Jokic and Morris offered much resistance. Jokic pounded inside for 12 points, but his typical production, filled with dazzling assists and relentless work on the glass, wasn’t there over the first two quarters. 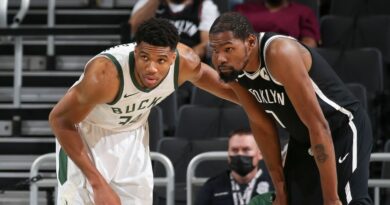 NBA superstar movement has ground to a halt 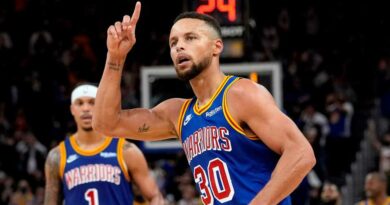 Lose sight of Warriors star Stephen Curry at your own risk