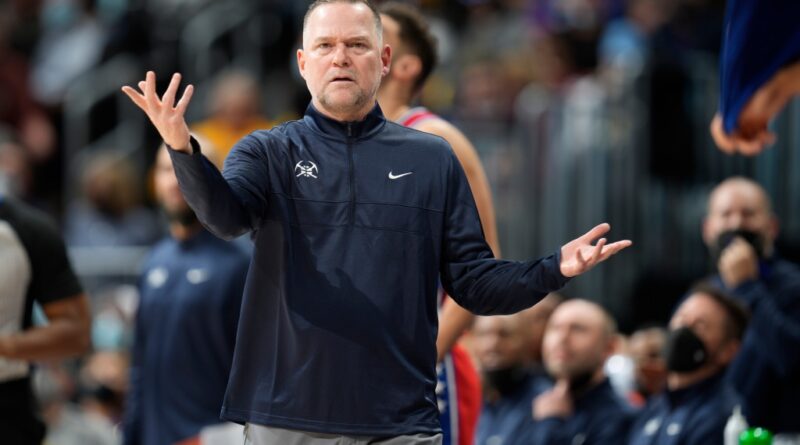 As the Suns were administering Sunday night’s drubbing in the desert,  Nuggets coach Michael Malone gave himself an internal challenge.

Even though the Nuggets were in the throes of a four-game losing streak and down enough bodies that an n entirely new starting lineup was needed, Malone made a concerted effort to stay positive.

And he was, even after Phoenix dropped his team by 29 points.

“It’s also my job as a leader of this team to guide us through that,” Malone said. “I challenged myself, throughout the game, even when it was getting ugly, to stay positive. And to be somebody that was bringing guys together, and not allowing them to split, and fall apart and give in. And we’re going to do that in Portland. … If we stay together and we keep on battling and competing, the tide will turn.”

Momentum flipped in the third quarter when the Suns outscored Denver 27-18. Players, like Aaron Gordon, were playing out of position, and typical reserves, like Jeff Green, were thrust into more prominent roles. Malone understood everything the Nuggets were battling internally aside from the formidable challenge of the Suns, last year’s Western Conference champions. Malone remained upbeat and encouraging throughout the loss.

“I just told our guys, we’ve lost four in a row,” he said. “Losing (stinks), it should hurt, you should be angry, you should be frustrated, you should be embarrassed, whatever it is,” he said. “We can’t wait for Jamal (Murray), Michael (Porter Jr.) and Nikola (Jokic) to come back. We have to fix it. We can only do that by staying together and having a positive mindset.”

Jokic was questionable entering Tuesday’s game against Portland with a wrist sprain. The reigning MVP has already missed two games in a row. Murray remains on the comeback trail after tearing his ACL last April, and Porter’s status remains in limbo, his season in jeopardy due to a nerve issue in his back.

Denver’s 3-point shooting has been among the NBA’s worst so far this season, and their bench unit has been in total flux, partially as a result of the injuries. Their usual constant – a whirring, slashing, cutting offense revolving around Jokic – has taken a hit. Through 17 games, Denver has just the 21st-rated offense. Its defense (12th) is keeping it afloat.

Throughout the losing streak, Jokic and Murray have been active and engaged from the bench. Both have been de-facto coaches, aiding Malone and trying to pull in the same direction as their healthy teammates.

“Nikola and Jamal, even though they’re not playing at the moment, their voice, their presence, their energy is so impactful,” Malone said.

How sports are making plans to resume after coronavirus

Fred Hoiberg reacts to job rumors: ‘My passion is in coaching’ 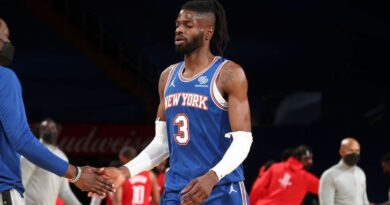