Home » NBA » Nuggets’ Michael Malone on Bones Hyland: “If I’m coaching you … it’s because I love you” 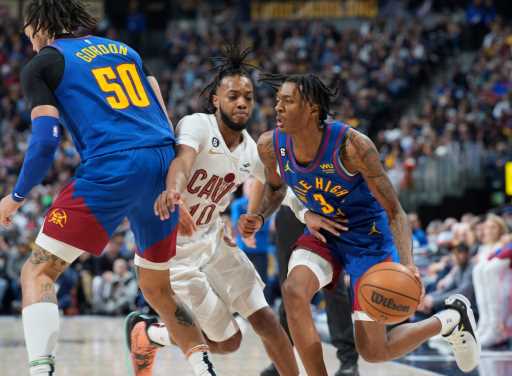 Halfway through the fourth quarter of Friday’s win over Cleveland, Nuggets coach Michael Malone took a long walk down his bench, indifferent to the defensive possession that was playing out a few feet behind him.

When he arrived at Bones Hyland, who’d checked out of the game only moments before, Malone put both hands on his point guard’s shoulders and spoke with him the entire possession. It was an animated conversation that was more important than whatever was happening on the court and a rare public moment of relationship tending.

Hyland had been effective, particularly in the fourth quarter, when he attacked his mismatches, swerved around Cleveland defenders in transition, and helped shepherd the second unit until Nikola Jokic could return to the game.

He checked out with 6:41 remaining before Malone made a point to visit him.

“Just coach and player talk,” Hyland said. “Heat of the moment. Something that me and him have a relationship with. Feel like he can talk to me, I can share my emotions with him as well.”

Hyland has said before he wants to be coached hard. After practice Sunday, he said he had no problem with the interaction.

“Feel like not a lot of players and coaches have that,” he said. “A lot of coaches just let players just blow in the wind if they have a breakdown or something like that. The fact that coach came to me, I’m very appreciative of that.”

Without diving into specifics, Malone said the conversation was about instilling confidence in his young guard while also holding him accountable. To varying degrees, it’s a dynamic Malone has established with all of his players, but Hyland has more responsibility than a typical second-year player. Hyland, who had 13 points on 5-for-8 shooting in 17 minutes, hadn’t played poorly, but there was clearly something that needed to be addressed. Between the end of the third and start of the fourth, Hyland had scored 12 of Denver’s 16 points.

“It’s never personal,” Malone said when asked about Hyland and how valuable a two-way dialogue with a player can be.

“I look at it the other way,” he said. “If I’m coaching you and holding you accountable, it’s because I love you, I care about you. If I didn’t care about you, if I didn’t think you could do it, I would just (say), ‘All right, he’s not capable of doing it. We’re giving up on you.’”

That’s far from the case with Hyland, whose role within the second unit has become invaluable. Whether it’s his playmaking, breakdown ability or audacious 3-point shooting, Hyland has been instrumental in galvanizing that group. Truth be told, he’s been the only constant as Bruce Brown has played with the starters, Zeke Nnaji and DeAndre Jordan have rotated minutes, and Christian Braun’s minutes have fluctuated halfway through his rookie season.

The second unit has finally calmed down since Michael Porter Jr. returned to the starting lineup, Brown resumed his spot off the bench, and Jamal Murray has staggered with the reserves. Over their last 15 games, the Nuggets own the second-best record in the NBA at 12-3. Denver’s bench has a lot to do with its success.

Between Murray, Brown and Hyland, those three dynamic guards have stressed opposing defenses with their savvy play and shot-making. Lately, Vlatko Cancar has been steady as well, serving as a bridge piece off the bench.

“It’s no one’s unit,” Malone said, admitting that the bench has started to form an identity. “It’s a collective effort.”

Within that collective unit is a shifty, devastating guard capable of snatching momentum and seizing it for his team. Malone knows the kind of weight Hyland has carried, and it’s his job to tap into his tantalizing ceiling.

“Bones has so much potential, and he’s been such a big part of our success,” Malone said.

Want more Nuggets news? Sign up for the Nuggets Insider to get all our NBA analysis. 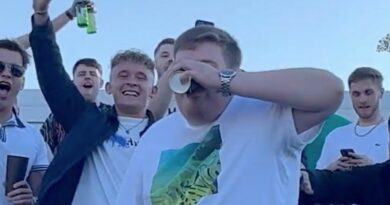