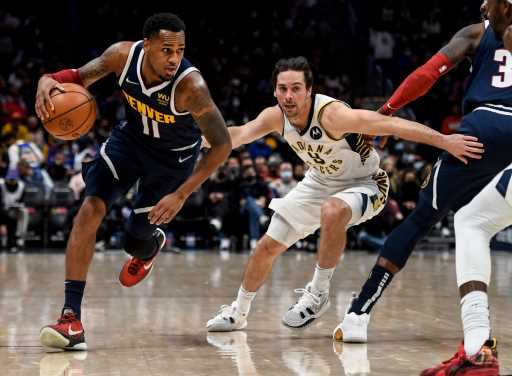 The Nuggets’ infirmary report got slightly rosier on Wednesday.

Monte Morris, who’s been dealing with — and playing through — a nagging leg injury for a couple weeks, stayed after practice to get some extra shots up.

“Today was the first time I was able to do (player development) probably since the second Memphis game (on Nov. 3), so I haven’t even been able to do that,” Morris said. “I’ve been getting treatment and just playing in games. I’m starting to feel better. Been able to play without pain and stuff like that.”

Amid the discomfort, Morris has been settling into his role as the starting point guard. With Michael Porter Jr. (five games) and Will Barton (two) out due to back injuries, Morris has played a more aggressive brand of basketball, one in which the Nuggets (9-5) need him to hunt for his offense. Over the past five games, Morris’ offense has ticked up to an average of nearly 13 points per game on 49% shooting. In the last two, Morris has averaged 16 points.

“I’ve definitely been playing through stuff,” said Morris who prides himself on not missing any games.

The Nuggets might get some reinforcements heading into the first game of their Thursday-Friday back-to-back beginning with Philadelphia. Coach Michael Malone said Barton was trending towards probable after missing their last two games. He said Barton’s individual work on Wednesday looked promising.

As for Zeke Nnaji, who missed the Dallas loss with an ankle injury, Malone said he was likely doubtful. There was no update on Porter, whose back issues remain vague.

According to Malone, the Nuggets used Wednesday’s practice as a “mental” day given that they were coming off four games in six nights. He said fatigue was a factor in the team’s second-half drubbing in Dallas.

Green’s view: Early in the fourth quarter of Monday night’s loss to the Mavericks, JaMychal Green got hooked by Mavs guard Frank Ntilikina on a rebound attempt. Numerous Mavs took exception after Green tossed the Dallas guard to the floor.

Both Green and Dorian Finney-Smith drew technical fouls for inciting the skirmish.

“I’m gonna start walking away,” Green said unconvincingly. “I’m losing too much money. It’s crazy. … Confrontation, it kind of excites me. It kind of turns me up in the game. For me, I love it.”

Green, who’s been at the center of several flare-ups this season, said he can’t help his reaction.

“It’s just natural,” he said. “I can’t really explain it like I black out and just react. It’s just always been my mentality.”

The only problem, said Green, is that Malone consistently tells his guys not to get fourth-quarter technicals.

When asked about Green’s penchant for conflict, Malone flashed back to the days when his dad, Brendan Malone, was an assistant with the Knicks and Charles Oakley stalked the sidelines. He said Oakley’s mere presence empowered his other teammates to stand up for themselves.

“Some people in life enjoy confrontation,” Malone said. “Some people shy away from it. JaMychal and I have a lot in common.”

Pelicans vs. Grizzlies: Time, TV channel, how to watch online 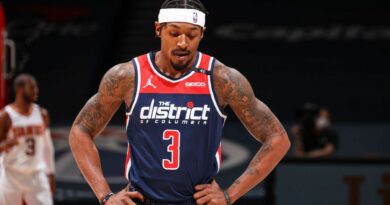 Three big questions that will shape the NBA trade deadline