In the latest edition of the Nuggets Ink podcast, beat writer Mike Singer and deputy sports editor Matt Schubert reconvene to talk about Nikola Jokic’s MVP coronation and the critical offseason ahead. Among the topics discussed: 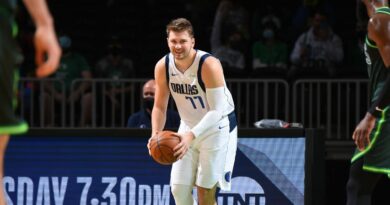 Why Luka Doncic is actually the next Diana Taurasi

What if Zion Williamson misses games?