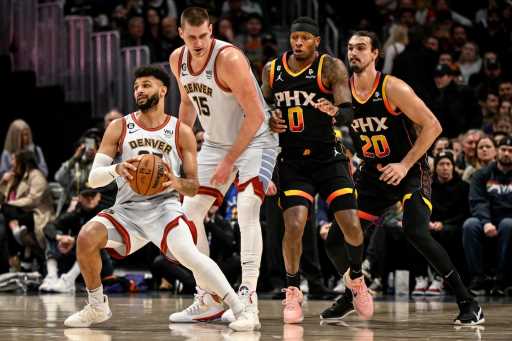 The basketball was loose, a wild scramble ensued and big bodies hit the deck. Guard Bones Hyland finally came away with the ball and cooly drained a 29-foot 3-pointer. The crowd erupted.

“I loved that play,” coach Michael Malone said. “When you have effort plays like that, those are winning plays, those are game-changing plays. That was one of my favorite plays of the night.”

“I was really just feeling it,” Hyland said. “The basket felt like it was really wide. It was like shooting a rock into the ocean.”

The Nuggets dodged some potentially bad news. Star guard Jamal Murray came up limping after turning his left ankle early in the fourth quarter. Murry left the game and did not return. Malone, however, believes it’s a minor injury.

“He just rolled his ankle a little bit and I was actually happy to hear that it wasn’t his (surgically repaired) knee,” Malone said after the game. “It’s just his ankle and he said he’s fine and it wasn’t anything too bad.

“But with the game being where it was at, he just wanted to go to (the locker room) to get some treatment. He should be good to go next game.”

Center Nikola Jokic, stating his case on national TV for his third consecutive MVP,  finished with 21 points on 10 of 15 shooting in 28 minutes. He added 18 rebounds and nine assists, coming up one key deft pass short of his 13th triple-double of the season.

Denver won its 12th consecutive home game and the Western Conference leaders hold a 28-13 record at the season’s halfway point.

“We cannot get outworked tonight,” Malone cautioned before the game, keenly aware that the injury-riddle Suns could be dangerous.

Tuesday night, for example, Phoenix beat Golden State for a third time this season, 125-113, to snap a season-worst six-game skid. The Suns won despite playing without Chris Paul, Devin Booker and Deandre Ayton.

All three missed Wednesday night’s game, too. And the Nuggets played with enough defense intensity to burn out the weary Suns early. In the second quarter, the Nuggets forced two shot-clock violations.

Defense and rebounding paved the way for a lot of easy points, as Denver outscored the Suns 24-6 on fastbreak points.

Wednesday marked the second of four meetings between the teams this season and the first since Denver won in overtime on Christmas night. Jokic had a 41-point, 15-rebound, 15-assist triple-double in that game.

The Nuggets next play the Clippers on Friday night in Los Angeles. 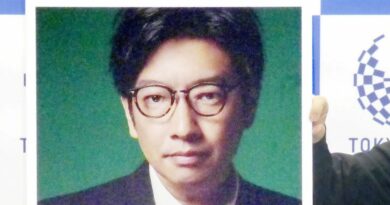