OKLAHOMA CITY — What was already the worst start to a season in the Oklahoma City era of the Thunder, got a little bit worse with a deflating 101-95 loss to the Boston Celtics on Thursday.

The Thunder led by 16 at halftime, holding the Celtics to just 34 points, but with a 40-point third quarter featuring 9-of-14 shooting from 3, Boston stormed back to take the lead. The Thunder regrouped to lead 94-85 with 4:22 left, but with only one point from then to the buzzer, the Celtics eventually took the lead for the last time on a Marcus Morris 3 from the left wing with 27 seconds left.

Russell Westbrook, playing his second game back from September knee surgery, rushed a potential tying 3 after coach Billy Donovan called timeout, and the Celtics were able to close it out from there. It capped a rough fourth quarter for Westbrook in which he went scoreless on 0-of-7 shooting and three turnovers.

Donovan said the play was designed to get the ball in Westbrook’s hands with action happening around him, and in a position to make a decision. He said he stressed that a 3 wasn’t needed in that moment, but was fine with the shot Westbrook took.

“I didn’t think it was a terrible shot,” Donovan said, maybe not the most ringing endorsement for it.

After a rousing return game on Sunday against the Kings, Westbrook showed some signs of rust against Boston, shooting just 5-of-20 from the floor, plus five turnovers. The Celtics forced Westbrook to take more mid-range jumpers, a shot he’s capable of hitting, but one that requires rhythm for consistency.

“I take full responsibility regardless of what happened in the fourth,” he said. “Miss or made shots, it’s my responsibility to make sure we get a good one and I take responsibility. It won’t happen again, we on to the next.”

The Thunder have fallen in an 0-4 hole, and while there’s context, as Donovan pointed out — Westbrook missing two games and training camp, a couple tough games against quality opponents — their start is still a shock to the system. There have been issues to overcome — poor free throw shooting (they missed 11 against the Celtics) and bad perimeter shooting (24 percent on the season) the two most obvious. But as Westbrook works back into form, he tried to put out a display of calm and assurance after Thursday’s game.

“We’re OK. We’ll be alright,” Westbrook said. “It’s early. I’m confident in my guys in this locker room, I’m confident in myself and my abilities to make sure that we have an opportunity to win a ballgame. There’s no need to panic. Obviously we’re not starting the way we wanted to, but we’ll be OK and I will make sure of that. So, not worried.”

The Thunder’s start feels all too familiar to last season’s inconsistent campaign that included a number of frustrating and confounding losses, mixed in with encouraging performances. This season was thought to be set up to be much different, with considerable roster carry-over, the momentum of Paul George re-signing and some additions to boost their depth. Instead, the Thunder are mired in their worst franchise start since 2007-08.

NBA free agency: What are options for Raptors’ Kawhi Leonard? 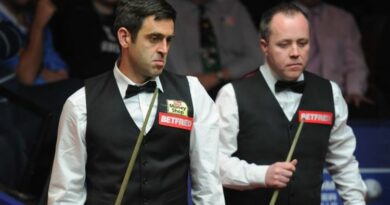