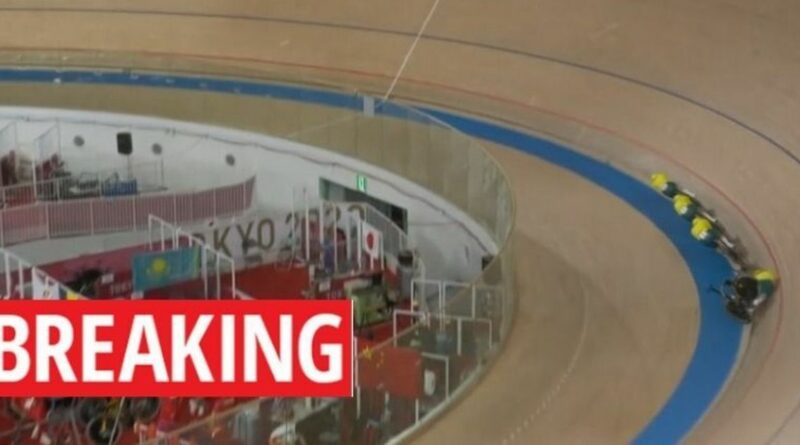 Australian track cyclist Alex Porter has suffered a horrific crash at the Izu Velodrome during the men's team pursuit qualification at the 2020 Tokyo Olympics on Monday morning.

Porter's handlebars snapped when he was third wheel during Australia's qualifying run.

The Australians were chasing the time of the Danish side, who are the current World Champions and had smashed the Olympic record in their qualification run.

Australia were slightly off the pace when the crash occurred.

Porter's handlebars snapped off his bike with no contact on other riders, causing him to go causing face-first into the wooden boards that line the velodrome.

Porter was able to get up after the crash, however, he suffered burn marks to his nose and chin as well as splinters and bleeding to his legs.

The cyclist underwent a concussion test before they were allowed a re-run at their qualification attempt.

We'll be bringing you the very latest updates, pictures and video on this breaking news story as it unfolds.
For all the latest news, make sure you visit: dailystar.co.uk/sport/football