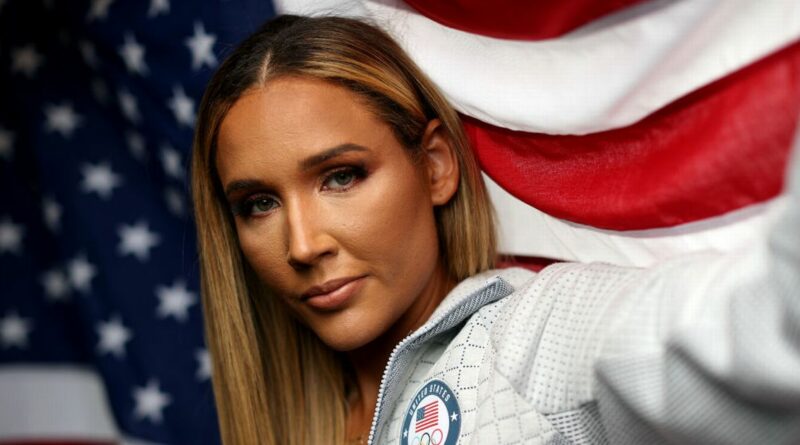 Olympic star Lolo Jones has alleged she has had three stalkers in the past year, with one claiming he 'invited to come to live' with the 40-year-old. Jones opened up on the ordeal via a post on Instagram where she discusses her stalkers.

The sprinter, hurdler and bobsledder claimed one man broke into the Olympic training centre and stayed the night in the hopes of finding her, whilst another allegedly 'harassed' her friends in order to get closer to her.

Jones also alleged the final stalker turned up at her house. When confronted by the police the man in question, who arrived at the 40-year-old Olympian's property, claimed Jones had invited him to come over via Instagram.

Posing in an upset-looking selfie, Jones shared the three accounts to her 569,000 followers on Instagram via a statement. She wrote: "In the last year I’ve had three different male stalkers. Three times now where guys have crossed the line, jeopardized my and my friends safety & altered my life.

"One guy broke into the Olympic training center and stayed over night in hopes to find me. Another guy has continued to harass my friends in attempts to reach me.

"And lastly, a guy stalked my house and told the police he knew me from Instagram and I invited him to come live with me. I’m DONE. If there was any confusion here is me being very f*****g clear: I’m not interested. EVER. This is not the way to go."

The 40-year-old also shared images of what appeared to be one of her alleged stalkers, with the footage captured on a doorbell camera though the face was blanked out. Reinstating her point she added: "To make it clear: I DO NOT WANT TO DATE ANYONE FROM INSTAGRAM."

A number of Jones' friends, fans and fellow athletes jumped into the comments to show their support for the struggling 40-year-old. Fellow Team USA star Emily Infeld responded: "Sending [prayers] and [love] and [strength]. I’m so so sorry to hear this.

American athlete and NCAA record holder Hannah Cunliffe echoed Infeld's comments and alleged she had gone through a similar ordeal. Calling for Jones to 'stay safe' she wrote in the comments section: "I can definitely relate to this. Stay safe pls."